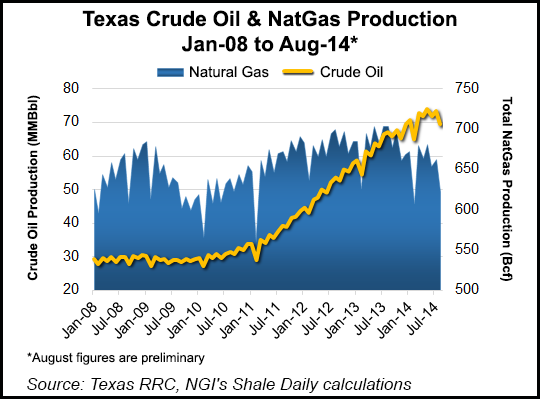 In the last 12 months, total Texas reported production was 836 million bbl of oil and 7.9 Tcf of natural gas.

The state’s average rig count as of Oct. 24 was 904, representing about 49% of all active land rigs in the United States.