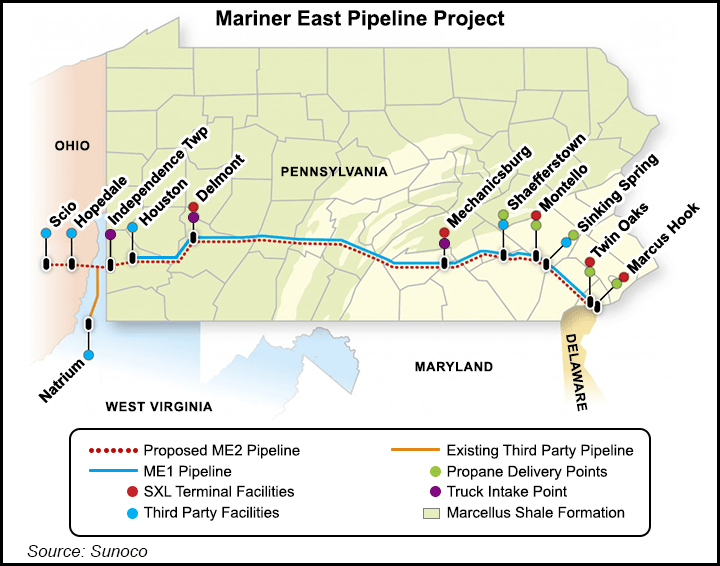 Sunoco appealed the order to the Pennsylvania Environmental Hearing Board (EHB), which oversees decisions made by the state Department of Environmental Protection (DEP). The company argued that a prolonged work stoppage at the site in Chester County’s West Whiteland Township risked losing the 2,800-foot borehole and allowing more groundwater to be discharged.

EHB Judge Bernard Labuskes agreed, allowing drilling to resume immediately ahead of a hearing that is scheduled Tuesday on an appeal to overturn a notice of violation (NOV) issued by the DEP on Aug. 20. Bernard noted in his order in overturning DEP’s decision that if the project “results in new or increased environmental harm” work could again be suspended.

The NOV came in response to reports of a discharge of turbid groundwater near the HDD site on Aug. 8 and advised that the company would need DEP approval to restart drilling operations. The DEP also responded to reports of discharges soon after the West Whiteland incident at the Marsh Creek State Park in Upper Uwchlan Township. The incidents are the latest in a long line of problems the project has encountered causing delays. The Mariner East system consists of three pipelines in various stages of development that move natural gas liquids from Ohio, Pennslnvania and West Virginia to the Marcus Hook Industrial Complex near Philadelphia.