A group of Northern Alberta Indigenous communities has teamed up with Suncor Energy Inc. to purchase TC Energy Inc.’s stake in an oilsands pipeline. 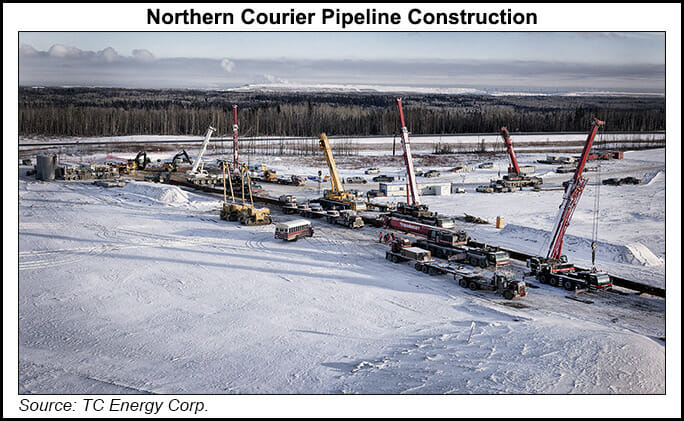 The purchase would be completed by Astisiy LP, which includes Suncor and the eight Indigenous communities. Astisiy is a Cree word meaning “sinew.”

Annual toll and terminal revenues of C$16 million ($12.8 million) are forecast for the partnership, as reliable service fees that the facilities would earn regardless of fluctuating oil prices.

Alberta Indigenous Opportunities Corp., a government agency, is backing the pipeline deal with a loan guarantee of up to C$40 million ($32 million). Another provincial agency, Alberta Investment Management Corp., is majority owner of Northern Courier.

The transaction foreshadows much larger Indigenous participation in Trans Mountain Pipeline following an expansion now under construction that would nearly triple capacity to 890,000 b/d. The pipeline carries oil from Alberta to British Columbia (BC) for export.

Discussions generated bids for up to 100% ownership of Trans Mountain from two Alberta and BC Indigenous groups: Project Reconciliation, and the Chinook Pathways partnership of Western Indigenous Pipeline Group and Pembina Pipeline Corp.

Participation in industry ranges from roles in environmental monitoring to contractor firm ownership for 23,000 First Nations and Métis residents of 24 native settlements in the Alberta oilsands region, according to Natural Resources Canada.

Evolving relationships have matured into an “Indigenous supply chain” for services from work camp catering to earth moving, show surveys by the Canadian Association of Petroleum Producers (CAPP).