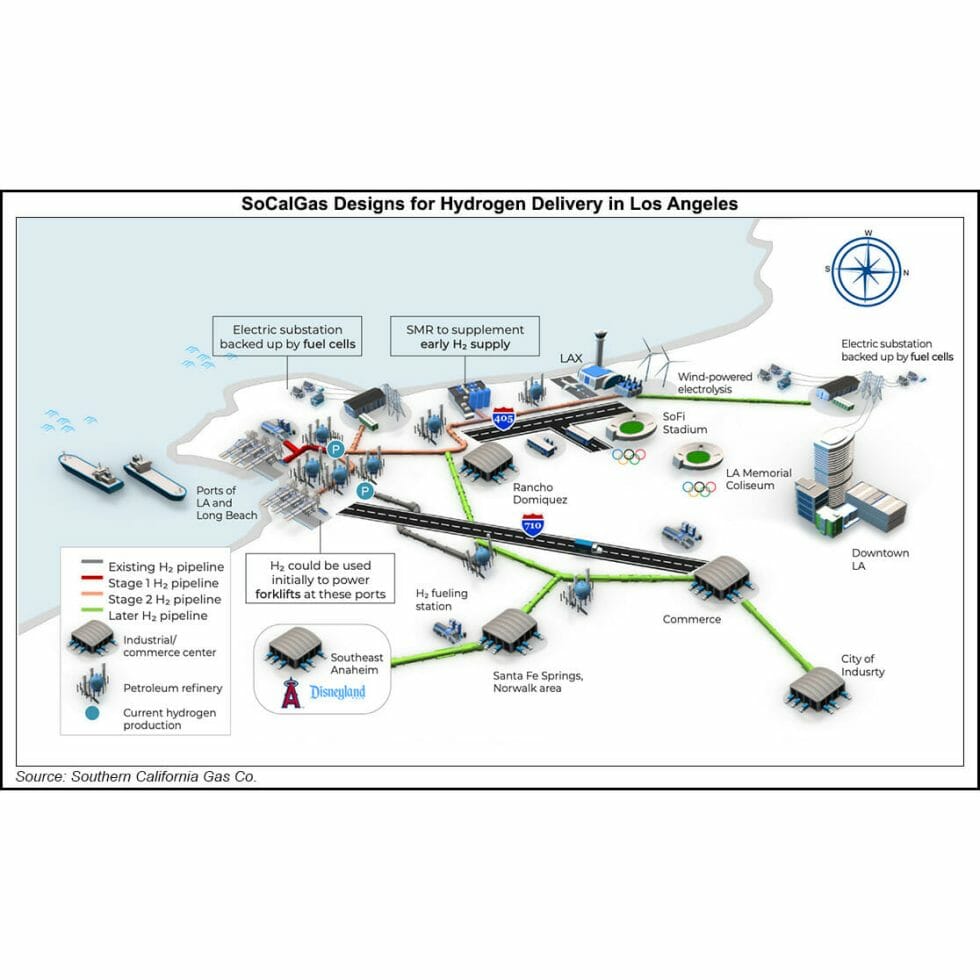 The combination utility has partnered with energy startup Kore Infrastructure to create a commercial scale version of Kore’s waste processing technology at a SoCalGas facility in central Los Angeles. With operations underway, Kore and its backers are demonstrating how its process could create carbon-negative hydrogen or RNG by using landfill waste that would potentially release greenhouse gas into the atmosphere as it decomposes.

El Segundo, CA-based Kore has been developing a modular system that could heat organic waste in a vacuum, turning it into a blend of gasses and carbon without releasing excess emissions into the air.

Similar to methane capture methods used to make RNG from farm waste, the gasses created in the process could be refined into a natural gas alternative and be further processed into hydrogen.

According to the company, Kore has been targeting its technology to help make hydrogen that could fuel vehicle fleets, especially for heavy industry. The demonstration facility at the SoCalGas complex was designed to process up to 24 tons/day of waste into 1 metric ton/day of what the company describes as green hydrogen. Kore estimated it could produce enough hydrogen for more than 1,400 fuel cell electric cars.

In general, hydrogen is referred to as green when it is generated by splitting water with an electric current in a process called electrolysis, eliminating air emissions from the process. Green hydrogen can reduce the GHG emissions of fuels with which it is mixed when it is made with renewable electricity.

The project was backed by a $1.5 million contribution from SoCalGas and additional funding from the South Coast Air Quality Management District which monitors air emissions in portions of Southern California. Kore’s process was also designed to meet the air district’s nitrous oxide and particulate emissions standards.

SoCalGas previously established a goal to make RNG 20% of its natural gas supply by 2030. It reported 4% of its supply was RNG in 2021. California regulators in February set a requirement for all utilities in the state to procure 12% of distributed gas from RNG by 2030.