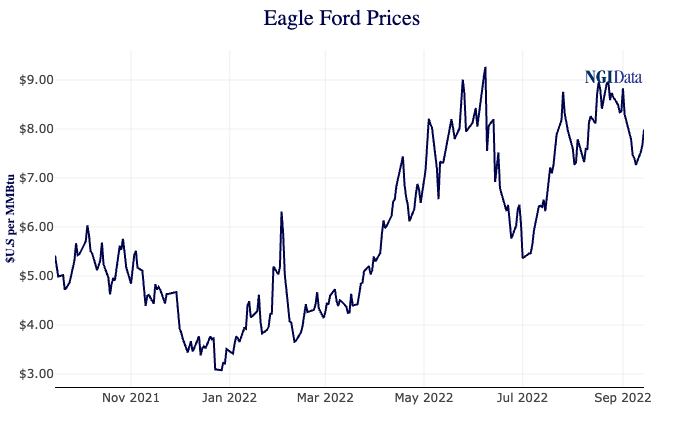 The acreage block in the Dorado play in Webb County is near the Mexico border, and it nearly doubled SilverBow’s position there. The various transactions were estimated to cost $50 million overall… “representing a combination of leasing, acquisition and drilling capital.” About $40 million has been spent on the deals since July.

CEO Sean Woolverton said the transactions were assembled “by leveraging our long standing relationships in the area and our basin-specific expertise. This new area closely resembles the reservoir quality of our prolific Fasken asset, and aligns with our strategy of adding scale in core areas and bolstering our Austin Chalk and Eagle Ford inventory.”

Estimated net recoverable resource from the new acreage alone is about 650 Bcf.

“The first two wells that we have brought online in this position are exceeding our expectations and further confirm the robust economics of both the Eagle Ford and Austin Chalk reservoirs across Webb County,” Woolverton said.

SilverBow now has about 15,000 net acres in Webb County with an estimated drilling inventory of more than 200 locations, Woolverton said. “This represents approximately eight years of development at a one-rig pace. Our current plan is to run a contiguous rig to develop the inventory as we ramp our gas production into a very favorable price environment.”

During 2Q2022, SilverBow reported net production of 238 MMcfe/d (78% natural gas), up from 213 MMcfe/d in 2Q2021.EOG Resources Inc. was an early entrant into the Dorado play in South Texas. Magnolia Oil and Gas Corp.  also works in the region.