Saudi Arabia Crown Prince Mohammed bin Salman said the kingdom is ready to support extending an agreement to reduce oil production led by the Organization of Petroleum Exporting Countries (OPEC), which spiraled out of kilter in part because of huge output from North America’s onshore. 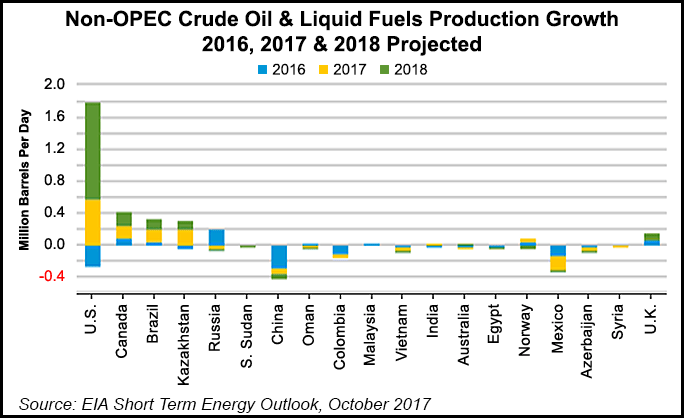 OPEC, which controls about 60% of global oil output and is led by the Saudis, already had reduced production with allies that include Russia through March. The extended supply reductions total about 1.8 million b/d. The extended agreement is a bet that worldwide prices would trend higher as the market rebalanced.

“The kingdom affirms its readiness to extend the production cut agreement, which proved its feasibility by rebalancing supply and demand,” bin Salman said on Saturday. “The high demand for oil has absorbed the increase in shale oil production.

“The journey toward restoring balance to markets, led by the kingdom, is proving successful, despite the challenges,” bin Salman said.

The crown prince said during a conference last week oil demand would increase in the future, restoring “trust to petroleum markets.” He said the future of energy, “both conventional and renewable, will be promising,” with Saudi Arabia leading each sector.

OPEC has scheduled a ministerial meeting for the end of November in Vienna.