Tulsa-based Samson Resources II LLC has sold some of its noncore assets in the Powder River Basin (PRB) of Wyoming, one of two primary target areas for the company’s exploration and production (E&P) activity, to an undisclosed buyer for $44.4 million and the receipt of 15,000 net acres. 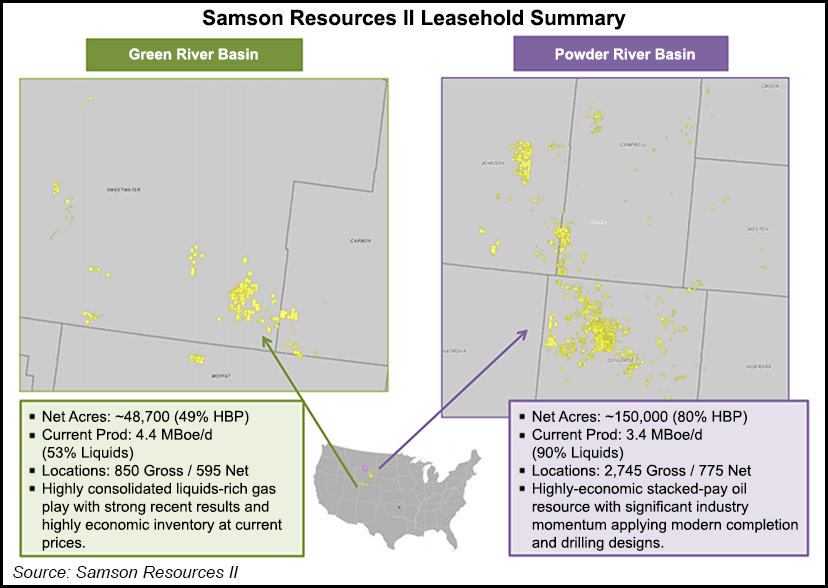 Samson officials said they consider the assets noncore to the company’s portfolio. The transaction is effective April 1, 2018 and is expected to close before the end of this month, a spokesperson said.

The acreage being sold is in Converse County. The lands coming to Samson will include all depths below the Fort Union Formation to bolt-on to its core acreage position in Johnson County, WY.

Samson CEO Joseph Mills said the deal is part of the company’s strategy to sell more noncore assets and increase its stake in the PRB and Green River basins in Wyoming.

“[The sale] further allows us to capitalize on our robust drilling opportunities,” Mills said. Following an emergence from bankruptcy reorganization a year ago, Samson has pursued a “low-risk growth strategy” while working to strengthen its balance sheet, he said.

Late last year, Samson accelerated its drilling plans in Wyoming, with five new wells in Sweetwater County and plans to that this year. The five new wells were all in Fort Union property, using two rigs and costing an estimated $2.9 million/well.

Following its reorganization, the company last year sold assets in East Texas and North Louisiana. Samson owned 210,000 net acres with an 86% working interest in the leasehold, most of which it operated.