“For the private and public energy sector, these elections could define the rules of the game for the remainder of the administration,” Layla Vargas, general director at Muvoil Consulting and seasoned expert in the Mexican energy sector, told NGI’s Mexico Gas Price Index. Mexico will hold local, legislative and state elections on June 6. 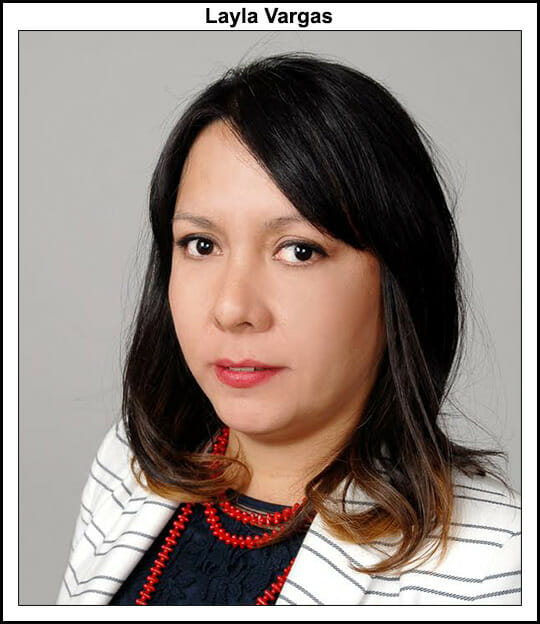 “Currently, we are in a legislative impasse where one side is continuing with the current energy model approved in 2013, while on the other hand, the reform initiatives proposed by the current administration, which have clear objectives for a different energy policy, are also suspended,” Vargas said. “I think it would benefit all sectors to have a legislative body in place whose decisions aren’t determined by a majority party.”

Vargas, who has been the general director at Muvoil Consulting since 2018, is a lawyer by trade who worked previously as the director general of oil and gas contracts at the Energy Ministry (Sener) from 2014-2016. Prior to her time at Sener, Vargas was a partner in energy development at the law firm Goodrich, Riquelme & Associates in Mexico City from 2007-2014, and also served as a lawyer from 2000-2003 at Profepa, the Federal Prosecutor for Environmental Protection.

Editor’s Note: NGI’s Mexico Gas Price Index, a leader tracking Mexico natural gas market reform, offers the above question-and-answer (Q&A) column as part of a regular interview series with experts in the Mexican natural gas market. Vargas is the 56th expert to participate in the series.

NGI: For readers unfamiliar with Muvoil Consulting, could you give us a brief overview of what the company does and its role in the energy sector?

Vargas: We are a multidisciplinary group of professionals in the oil and gas industry that offer solutions in the legal, fiscal, financial, social, technical and environmental fields. Our core business is focused on assisting the companies participating in the upstream sector in compliance and regularization of the diverse obligations that stem from the hydrocarbon exploration and production contracts. We design and execute regulatory, contractual and commercial strategies that allow companies to align their projects with the new regulatory conditions and to maximize the returns on investment of our clients.

NGI: There have obviously been a lot of changes in the Mexican energy sector in the last three years. From the point of view of Muvoil clients in the U.S. and Mexico, what is their opinion about all the recent changes?

Vargas: The most common and constant reaction has been one of uncertainty. At the beginning of this administration, the main concern was about the fate of the contracts and the worst case scenario was the thought that they could be rescinded. However, after the review of the contracts conducted by the current administration, and despite the fact that any public outcry about the legality of the review was omitted, it was clear that the contract terms and conditions would remain the same as they’d been approved.

Now the conversation has centered on the recent elimination of the regulatory asymmetry that favors the state oil company, Pemex. In particular, members of the sector are worried about the conditions that Pemex will impose on the sales of hydrocarbons, and that the competition for hydrocarbons sales will be restricted so much that any competition will be effectively nullified.

Fortunately, the resources that we have in the country continue to be an incentive that allow companies to continue their projects in spite of the changes to public energy policy.

NGI: Of all the changes in the sector, which has been the most challenging — or the most difficult to understand — for investors in the industry?

Vargas: The environment of uncertainty that we are currently living in following the legislative changes and a probable constitutional counter-reform has increased the difficulty to obtain financing. As a result, companies — both national and foreign — are more selective when considering the use of resources for an energy project in Mexico. And, until there is more clarity about what will happen with the legislative reforms and regulators, it’s difficult to think that reality will change.

The problem is that the impact on operations has been a challenge as companies try to align and keep their contractual commitments to advance oil production activities, while attempting to comply with regulatory obligations that haven’t allowed them to progress given the rules that regulate operations are constantly changing and being updated. On top of that, the regulatory bodies have been impacted by Covid, which has extended the wait times for resolution.

Fortunately, some regulators promoted measures to support the industry which has allowed members of the sector to adjust activities to be in compliance with regulation. However, these measures don’t appear to be sufficient given the complex situation of last year, which continues to impact the sector. We hope that regulators and the government continue promoting mechanisms that allow for the continuity of projects and not their cancellation, which would mean leaving available resources in the ground.

NGI: What are your thoughts on the recent initiatives to change the electricity and hydrocarbons laws? Do you think it’s possible that these laws will be passed in Mexico at any point?

Vargas: The initiatives affirm the public policies announced since the campaign of the current President, which is the pursuit of energy sovereignty via the state energy companies. In that regard, these initiatives weren’t a surprise. But that doesn’t change their impact, which indicate a paradigm shift of the current energy model which is based on a matrix of diverse competitors and different sources of energy.

NGI: Mexico’s federal elections are in a week. In your opinion, what would be the best possible result of the elections for the energy sector?

Vargas: I think it would benefit all sectors to have a legislative body in place whose decisions aren’t determined by a majority party, but for the energy sector (private and public), these elections could define the rules of the game for the remainder of the administration. Currently, we are in a legislative impasse where one side is continuing with the current energy model approved in 2013 — whose current execution is suspended as a result of modifications to regulatory bodies — while on the other hand, the reform initiatives proposed by the current administration, which have clear objectives for a different energy policy, are also suspended. The result is a sector stuck in legal disputes that is being conservative with investments to develop current and future projects.

So, the best scenario to hope for in these elections for the sector is a congress that in its legislative processes isn’t limited to promoting an ideology, but that also serves as a counterbalance and that will consider the benefits for the greater good of the country and the rule of law.

NGI: What’s the worst possible result of the upcoming elections for the energy industry?

Vargas: The status quo, and that the majority party continues to promote unconstitutional initiatives that in the best-case scenario would be spiked, and in the worst case scenario, would result in a constitutional reform that will consolidate the energy policy of this administration.

NGI: In your opinion, what will have to happen to improve the business climate in the Mexican energy sector in the next three years?

Vargas: The continued recognition of measures and transitory rules that allow the industry to recover balance in their projects.

Certainty about how planned procedures will be applied to the current regulatory framework.