London-based Rose Petroleum plc said Monday that its newly-formed subsidiary, Rose Petroleum Utah LLC, will acquire a 75% working interest across 195,000 net acres in the Uinta and Paradox Basins of eastern Utah for $2 million, plus carry obligations. 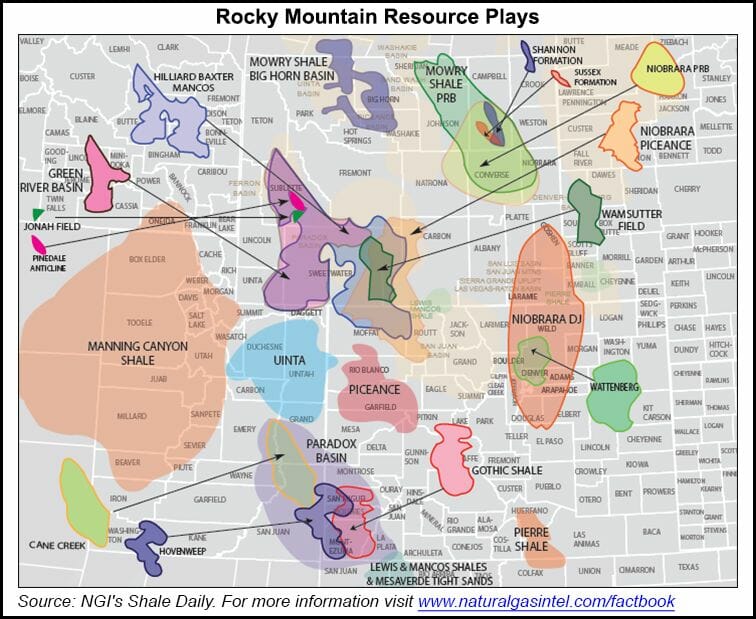 Rose holds oil and gas mineral rights in Germany’s Molasse Basin, but it has been actively searching for other opportunities worldwide. Under the farm-in agreement with Rockies Standard, Rose adds to a U.S. portfolio that consists of copper and uranium assets in the southwest.

The drilling program will target the Mancos Shale, which is similar to the Niobrara in Colorado. Rose Utah will develop its Mancos leases south of the San Juan Basin, where EnCana Corp. and WPX Energy Inc. have drilled about 60 Mancos wells and are producing more than 20,000 b/d of oil.

Rose said that its Cane Creek leases are 12 miles north of Fidelity Exploration and Production Co.’s Cane Creek Field in an area where some vertical wells have produced more than 1 million bbls of oil.

Rose Utah will first be required to drill three Manco wells and one Cane Creek well in order to earn its 75% working interest in the acreage. After it has paid carry expenditures, Rose Utah will incur 75% of the project costs and net 80% of all project revenues.

Given the success of other operators in the region, Rose’s management team said it expects solid returns from the acquisition.

“This farm-in agreement is a major step forward in Rose Petroleum’s establishment as a significant player in the unconventional shale resource arena and affords us the opportunity to develop substantial reserves in two established producing plays,” said CEO Matthew Idiens.

Rose also cited significant infrastructure in the region, including pipelines, refineries, processing plants and access to two rivers for water, as a reason for signing the agreement. It will enlist petroleum consulting firm Ryder Scott Company LP to determine estimated reserve potential in the region.