Diamondback Energy Inc. has boosted its 2016 production for the second time since July and now expects 2017 output to be up by double-digits, the Permian Basin pure-play said Monday. 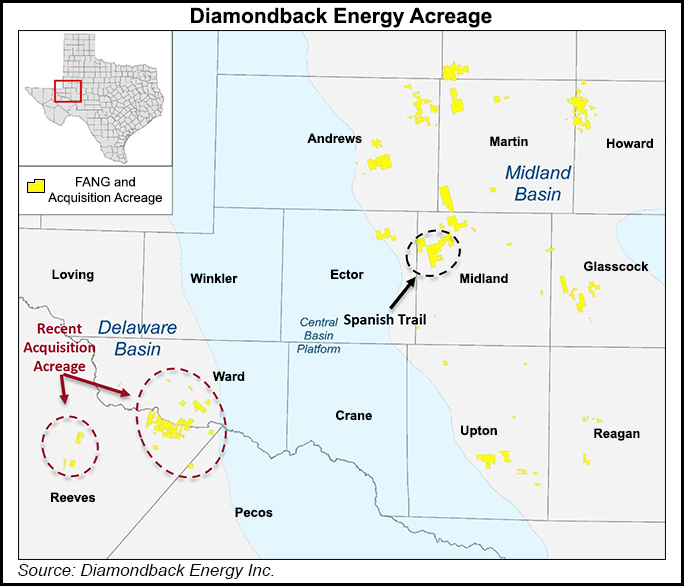 “Diamondback’s continued strong well performance and increased completion cadence during the third quarter reflects our ability to turn our growth engine back on into a rising commodity price after reducing completion activity in early 2016,” CEO Travis Stice said. “We are now operating four rigs, with a fifth rig to be added in the coming weeks and a sixth rig to be added early next year.”

Last week Diamondback was rumored to have made the highest bid at $2.5 billion for private equity-backed Silver Hill Energy Partners LLC, which is developing a project in the Delaware sub-basin. Diamondback gained entry into the Delaware this summer in a $560 million deal with an undisclosed seller (see Shale Daily, July 13).

“As has been rumored, we were engaged in discussions involving an acquisition but are not actively pursuing further negotiations at this time,” Stice said.