Rhode Island is on its way to become the first U.S. state to completely offset its electricity generation with renewables with a new legislative package that targets a fast track to net-zero by 2033. 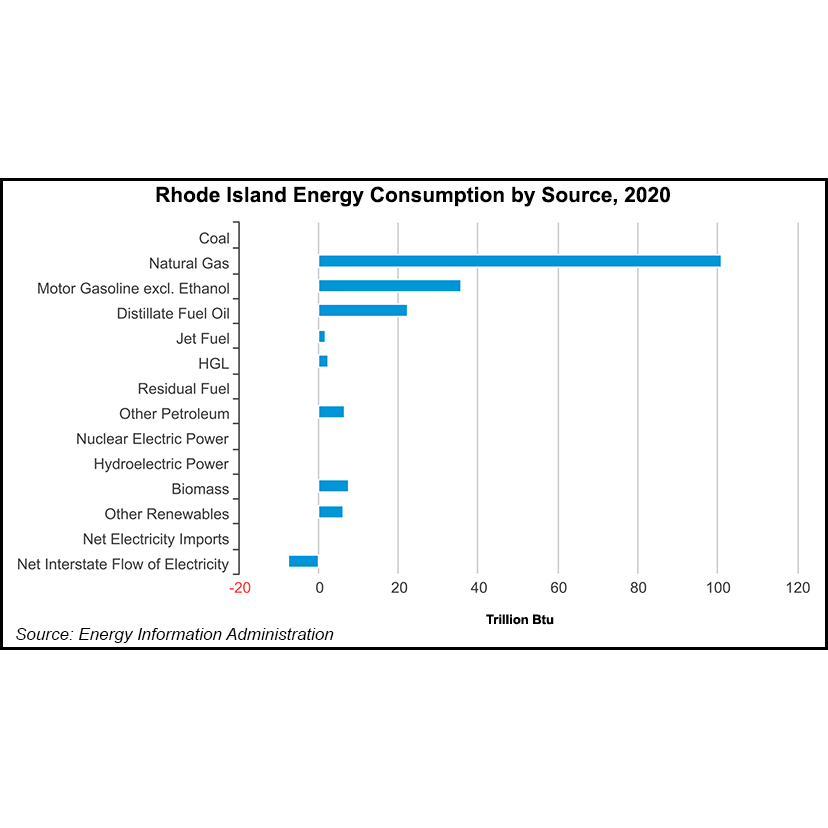 The state’s Renewable Energy Standard currently requires utilities to purchase renewable energy certificates (REC) for 19% of their yearly electricity sales and increase those purchases by 1.5% per year. The new package passed earlier in June accelerates that path to 100% renewable offsets within the decade.

“In addition to reducing emissions and our reliance on fossil fuels that must be brought to Rhode Island from other places, creating renewable energy supports the green industry, creating thousands of good paying jobs right here in Rhode Island,” Democratic State Rep. Deborah Ruggiero, an author of the House legislation, said.

Utilities operating in the state would buy RECs from the Regional Greenhouse Gas Initiative (RGGI) marketplace. RGGI was created as a regional effort with 11 states as a trading hub for renewable resources and investments.

While the smallest state in the country consumes less energy per capita than any other, its share of electricity generated from natural gas is the highest in the nation, according to the U.S. Energy Information Administration (EIA). The state consumed 101 trillion Btu of natural gas in 2020, the latest full-year data available from EIA. Almost 90% of the net generation is natural gas.

Residents in Rhode Island also are more than six times as likely as the average American to heat their homes with some kind of heating oil, EIA reported. Around three out of 10 homes in the state use heating oil.

In 2017, the state became home to the first U.S. offshore wind farm near Block Island. Rhode Island’s wind-powered electricity generation has multiplied 23 times between 2015 and 2020. The state now has at least 41 MW of generating capacity from about a dozen onshore wind farms.

The combined utility, which serves around 770,000 customers across Rhode Island, is a subsidiary of PPL Corp. The Allentown, PA, based energy company bought the company, previously known as Narragansett Electric Co., from National Grid plc in 2020.

“We see 100% renewable generation as a critical component in helping Rhode Island meet its clean energy goals outlined in the Act on Climate, which is why we supported this legislation,” RI Energy spokesperson Ted Kresse told NGI. “We look forward to helping ensure that all electricity used in Rhode Island is offset by renewable sources by 2033, which is among the most aggressive targets in the nation.”

Natural gas futures were trading slightly higher early Wednesday as updated forecasts continued to point to a milder August pattern following the intense heat experienced earlier in the summer.  The September Nymex contract was up 3.1 cents to $7.864/MMBtu at around 8:45 a.m. ET. The latest weather model runs maintained cooler trends that developed over…