Even as producers recovered from the commodities downturn, 2017 was another strong year in Pennsylvania’s shale gas fields, as production increased along with well performance, new spuds and other metrics. 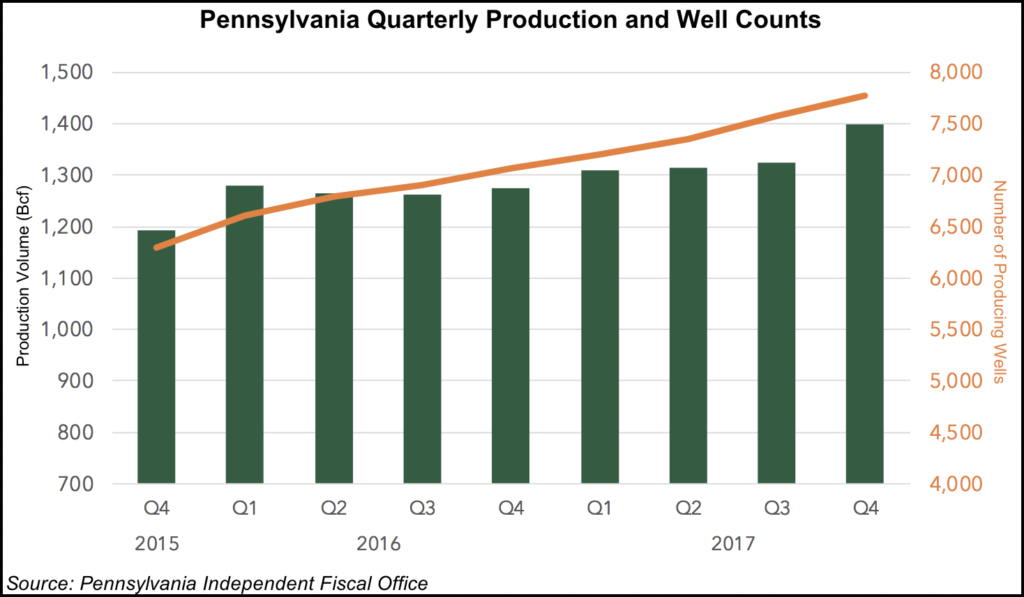 Using Pennsylvania Department of Environmental Protection data, the state’s Independent Fiscal Office (IFO) said in a report this week that 4Q2017 production was 1.402 Tcf, up nearly 10% from the prior-year quarter and an increase from the 1.326 Tcf reported in 3Q2017. For the full year, natural gas production reached about 5.4 Tcf, up roughly 5% from the 5.1 Tcf produced in 2016, when year/year production grew by 11%.

Although last year’s production gain wasn’t as sharp, upstream operators spud 810 horizontal wells during 2017, according to the IFO report. That’s up 61% from 503 in 2016, when producers grappled with the downturn and reported a drop from the 785 horizontal wells they spud in 2015. The number of producing wells also increased last year to 8,404 from 7,702 in 2016.