Renaissance Oil Corp., a relative newcomer to the industry, is facing a tough nut to crack in Mexico, but the Canadian-based producer is setting up to hit what it is eyeing as a home run in the Tampico-Misantla Basin. 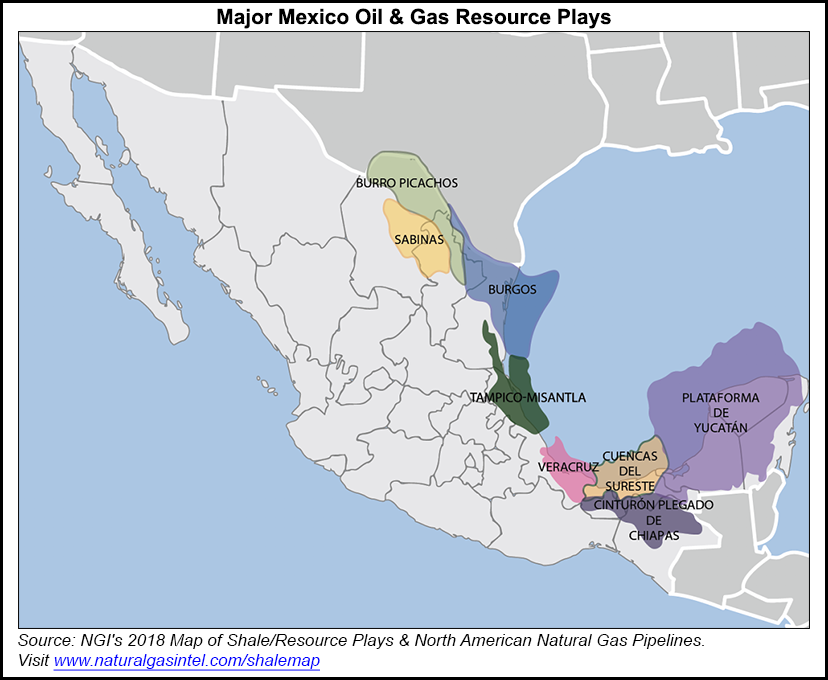 The so-called “super basin,” hyped as a potential contender to the Permian Basin, most recently by IHS Markit, is in the northern part of the southern Gulf state of Veracruz, and some areas of the neighboring states of Tamaulipas and Puebla.

For years the basin has dwelt in the shadows. However, Tampico-Misantla is where the Mexican oil industry began in the early years of the last century with the prolific Cerro Azul well. Cerro Azul launched what became known as the “Golden Lane” by the mainly U.S. and British oil companies that were nationalized in 1938.

The lane’s gold lost almost all of its glitter by the time offshore discoveries were making their mark in the early 1970s, establishing Mexico as a major global oil producer. Now the basin could be poised for a big comeback.

Tampico-Misantla remains “a huge basin, a world-class basin, in terms of the oil it has produced to date and its potential,” said Renaissance’s Kevin Smith, vice president of business development. “We regard it as multi-zone, with different producing horizons, many of which are underexplored.”

Above all, Smith said, the basin has Upper Jurassic shales that are very thick and not developed to date. If the shales had been discovered in the United States or Canada, “they would have been developed with great intensity for many years…” A year ago, Russia’s OAO Lukoil chose Renaissance to partner in an integrated oilfield service (OFS) contract for the Amatitlan block by Mexico’s state-run Petroleos Mexicanos (Pemex). The block is in the Chicontepec paleochannel formation within Tampico-Misantla.

Integrated OFS contracts are now eligible, under the terms of the 2013-14 energy reform, for “migration” to regular exploration and production production-sharing or license contracts. UK-based Petrofac recently completed with its Santuario block in the southern state of Tabasco.

The Amatitlan block is being developed by Renaissance and Lukoil as part of a group of integrated OFS contracts overseen by global industry heavyweights that include Halliburton Co., Vitol Inc. and Baker Hughes Inc., a GE company, as well as Mexico’s Constructora y Perforadora Latina.

Renaissance last fall secured an agreement to acquire 50% of Perforadora’s half-stake in the neighboring block. The 61,300-acre Pitepec Integrated Exploration and Production Contract is to explore and produce oil and gas near Poza Rica in Veracruz.

The contract is “positioned to migrate into a contract of exploration and extraction, pursuant to the constitutional amendments of the Mexican Energy Reform,” Renaissance said last fall.

OFS contracts were used widely in Chicontepec when then-Mexico President Vicente Fox in the early 2000s announced a $75 billion, 20-year plan to develop what were reported to be 17 billion boe of proved, probable and possible reserves in the formation.

Fox claimed that Chicontepec would eventually produce 1 million b/d of crude. For now, however, it produces only about 32,000 b/d. Industry sources note that Chicontepec proved to be a complex reservoir, with some wells that were productive but many more that were uneconomic.

Renaissance’s executive team understands the challenges it faces in Chicontepec.
The company has taken a different approach to that of Pemex, said Smith.

“We are taking a very selective approach,” he said. “Chicontepec is very heterogeneous. We have to be different in terms of the methods we use in each area that we tackle.”

Smith added, “We are working hard to make in the Chicontepec a success, but where we think the home run is if you travel deeper, down to 3,000 meters. There you encounter the Upper-Jurassic shale packages, and these shales have not been commercially addressed.”

Wells have been drilled, cores have been taken and there have been some impressive test rates from the shales, but they have not yet been commercially developed. The Upper Jurassic shales hold huge potential, and that’s new in the Tampico-Misantla basin.

Late last year, a program of well repairs brought the Amatitlan block back into production in a modest way. But now, said Smith, “we’re into the second well of a 10-well program, and that will be completed in the first half of this year.

“That program is expected to add a base of production for the block. Also in the first half of this year, we’ll be drilling to the Upper Jurassic shales with a horizontal well to prove up the formation’s potential. With success we expect that this will result to be a multi-year drilling program.”

The program is underway In the hopes, one imagines, of hitting a home run.
Renaissance went public in 2014 under founder Ian Telfer, whose Goldcorp mining company had many years of successful experience in Mexico, and CEO Craig Steinke. The two formerly controlled Realm Exploration until a 2011 takeover delivered a lucrative return to shareholders.

Renaissance’s first operations were in three small blocks in the southern state of Chiapas, which it won in the third auction of Mexico’s Round One, the first series of upstream auctions that ended the state monopoly that ran from 1938 until the 2013-14 oil reform.

Now Renaissance plans to develop a portfolio of high quality, diversified shale and mature fields for growth in Mexico, where it currently is Mexico’s very distant No. 2 oil and gas producer behind Pemex.