North Dakota’s Department of Mineral Resources (DMR) has established the Bakken Restart Task force to help the state’s oil and gas industry and supporting sectors recover from the collapse in oil demand and prices caused by the Covid-19 pandemic. 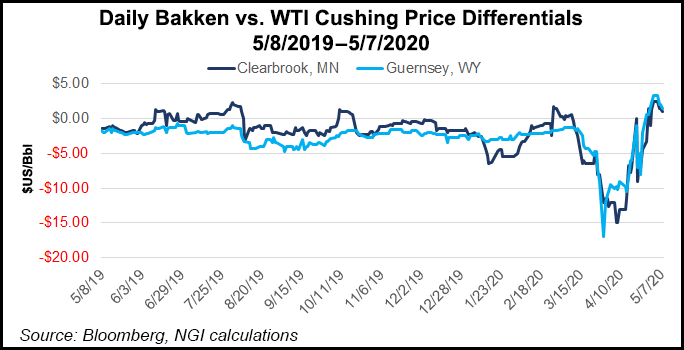 “These are staggering numbers impacting North Dakota production,” Helms said. “However, it was clear during the first meeting of the Bakken Restart Task Force that many great efforts are already underway across agencies to secure, strengthen and stimulate North Dakota’s energy future.”

Goals include coordinating and streamlining relief measures across multiple regulatory agencies; identifying stimulus funding sources; investing in projects to get the oilfield services sector back to work, such as abandoned well plugging and environmental remediation; and measures to aid the long-term recovery of the industry such as tax relief and low-cost financing.

The task force plans to publish a weekly action report every Monday on the DMR’ homepage.

The oil and gas industry contributes to more than 72,000 jobs and was forecast to generate $4.9 billion of revenue to the state from July 1 through June 30, 2021, equal to 57% of budgeted revenues for the period, authorities said.

Following the lead of regulators in producer states such as Oklahoma and New Mexico, the DMR’s oil and gas commission has scheduled a special hearing for May 20 to determine the oil price at which production in the state constitutes economic waste, and determine what relief measures may be appropriate and necessary in response.

Rystad Energy analysts said recently that the Williston Basin, which contains North Dakota’s flagship Bakken Shale, and the Permian Basin are expected to drive at least 300,000 b/d of shut-in oil supply during May and June as a result of the demand collapse.

In a 2-1 vote, the three-member Railroad Commission of Texas on Tuesday nixed a motion to require producers to curtail production by 20% in order to boost prices, opting instead to allow market forces to drive output cuts.