French Canadian natural gas suppliers, barred from tapping Quebec’s tight and shale deposits by provincial regulation, are resorting to a potential green variety that could be produced without drilling wells. 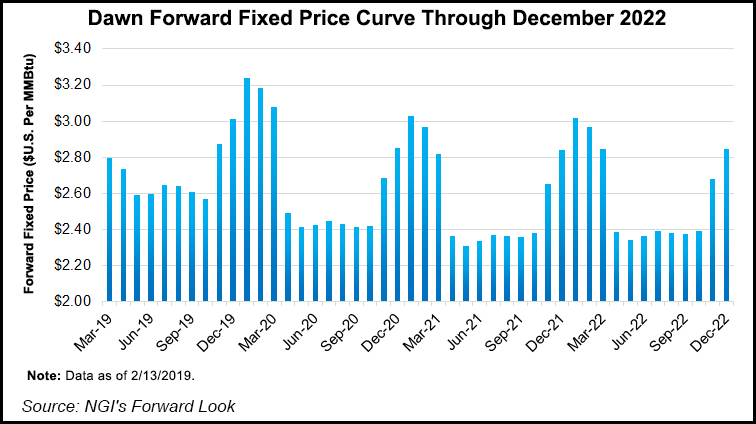 The forecast gusher would provide about two-thirds of deliveries by the Energir franchise, one-fourth of total Quebec gas use and a fresh income source for an officially “have-not” province that relies heavily on federal government grants.

RNG is a “major driver for economic development,” according to Energir. Total benefits projected to add up by 2030 include investments of C$20 billion ($15 billion) in production and services, 88,000 jobs and C$1.3 billion ($975 million) in taxes.

The RNG research is in response to Quebec energy policy, which sets top priority on countering climate change by cutting carbon emissions from fossil fuels, as well as the provincial ban against tapping tight and shale gas with horizontal drilling and hydraulic fracturing.

Green gas would not be cheap by the low-cost standards of current Quebec supplies imported from Western Canada and the Appalachian Basin’s Marcellus and Utica shales.

However, Energir and the consultancies do not assess RNG economics by comparing the organic gas to the fossil fuel variety. Instead, the standard of comparison is the consumer cost of electricity from the provincial government-owned power company, Hydro Quebec.

“Achieving the technical and economic potential depends on a number of factors including recovery of resources using co-processing operations, resource availability, obtaining a sufficient purchase price, and potential subsidies,” said the RNG assessment.