The City Council of Bridgeport, CT, has scheduled a public hearing Feb. 1 to consider a Community Environmental Benefits agreement with PSEG Power Connecticut LLC that could shutter the state’s only coal-fired power plant by July 2021. 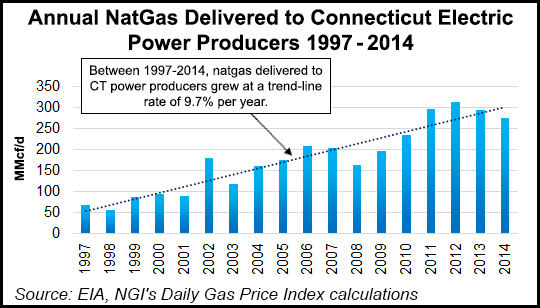 The agreement is contingent on PSEG gaining final approval to build a new combined-cycle gas-fired plant on the grounds of its existing Bridgeport Harbor Station, a PSEG spokesperson told NGI.

“The agreement includes benefits for the Bridgeport community and plans for retiring the existing coal plant,” the spokesperson said. “The agreement and retirement have several contingencies. These include that PSEG’s proposed new gas-fired plant clears the capacity auction and that it receives all permits necessary to proceed.”

The proposed agreement to close the plant at Bridgeport Harbor Station comes nearly 16 months after the City Council passed a non-binding resolution calling on PSEG to phase out coal-fired electricity generation at the site “at the earliest possible date,” and to remediate the property for further use.

“…Coal-fired power plants, like Bridgeport Harbor Station, have been losing market share and revenue in the New England electricity market to the point that many plant owners have suffered large financial losses, written off billions in value and/or have retired coal-fired power plants with little or no notice to the host community, thereby creating a loss of jobs and revenue,” according to the City Council’s October 2014 resolution.

Since 2000, natural gas has become the dominant fuel for power generation in New England, providing 49% of total electric energy in the region last year compared with 15% in 2000, according to grid operator ISO New England (see related story). At the same time, coal saw its market share tumble from 18% in 2000 to 4% in 2015.