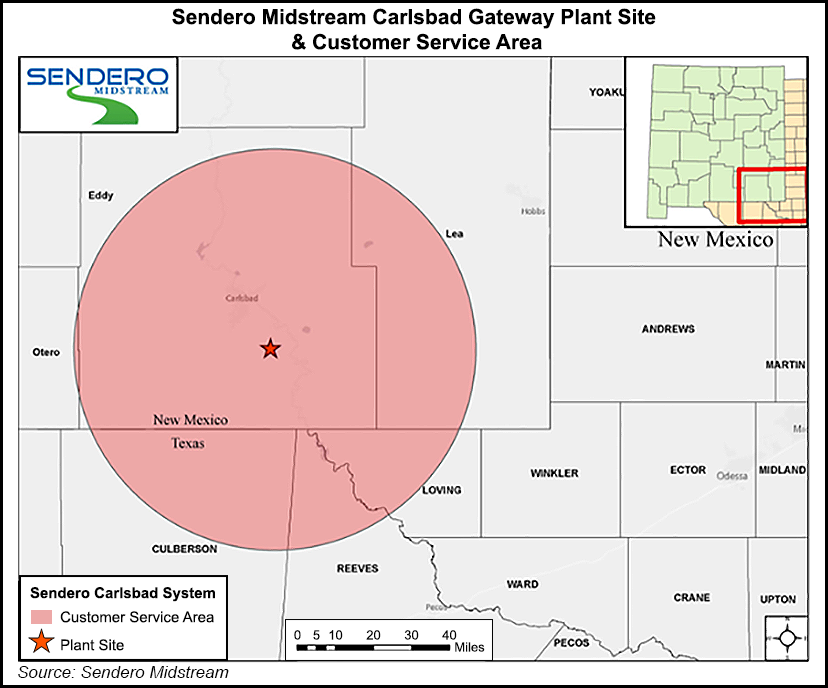 Gateway is asking the Federal Energy Regulatory Commission for a certificate of public convenience and necessity for the pipeline to move residue gas from processing plants owned by an affiliate in the Permian near Carlsbad, NM, to an interconnection with the Agua Blanca intrastate pipeline system in Texas.

All of the gas to be transported on the proposed pipeline would be owned by Gateway, according to the filing.

The pipeline would provide necessary takeaway capacity to accommodate an expansion of the processing capability of the Carlsbad Plant, which is expected to be completed in the second quarter of 2019, Gateway said. Construction is to begin in early 2019 to meet a target in-service date of June 30.

The filing comes two years after Sendero Carlsbad Midstream said it would build a natural gas gathering and processing system near Carlsbad. The Sendero Carlsbad Processing Plant is a 130 MMcf/d cryogenic gas processing plant that began handling production from the Wolfcamp, Bone Spring, and other stacked Permian pay zones in 4Q2017.

Sendero Midstream, formed in March 2014 by members of its management team and Energy Capital Partners, is a private equity firm claiming more than $13 billion in capital commitments.