Portland General Electric (PGE) senior executives indicated Friday that they are in negotiations for purchased power or power generation facilities that could eliminate the need to add more natural gas-fired units at the power utility’s 440 MW Carty Generating Station, which opened last year. 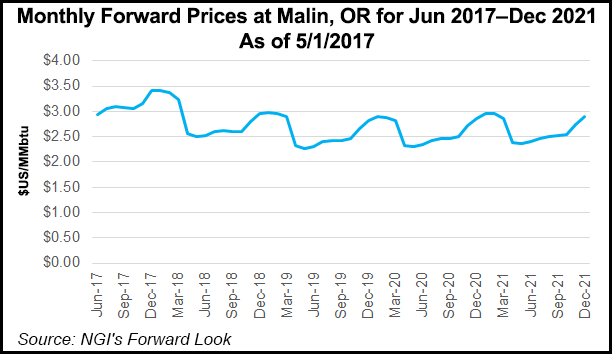 PGE CEO Jim Piro said he hopes to have a deal wrapped up in the next couple of months, and ideally in the next “two to four weeks.”.

“We’re looking at some of the existing [generation] resources in the Pacific Northwest to see if there is the opportunity to enter into an agreement to contract [for purchase power] or acquire an asset to meet our future capacity needs at a lower cost than building Carty Units two or three,” Piro said during a conference call with analysts. “We’re seeing if there is a lower-cost option to meet that 560 MW capacity shortfall in 2021.

“We’re in negotiations now, and we think that bilateral negotiations may be the best way to do that, so to the extent that we can identify parties willing to enter into cost-effective agreements, we will pursue that, while we hold Carty expansions out there as a backstop.”

Piro and CFO Jim Lobdell indicated that they are talking to all the existing generation resources for both power supply and generation plant purchases, and there is plenty of potential capacity in the market.

“The first thing for us is to complete the bilateral negotiations to see if there are any contracts we could enter into,” Piro said. “The alternative is that we go to the request-for-proposal process, as we continue to site those [added gas-fired generation] projects. They are our backstop, and viable options in terms of the size of the sites being able to accommodate the added units.

“For our existing generation resources we have sufficient transportation, and as we look longer term, the main interstate pipelines probably have adequate capacity, but there are questions surrounding the gathering facilities up in Canada and in the Rockies.” Piro drew short of PGE pursuing its own transportation service, noting that existing transporters are “the best ones” to continue to provide it; “lateral and small lines may be a place we would invest, but major pipelines, probably not.”

Piro and Lobdell detailed how under the regulatory scheme in Oregon, if PGE can identify favorable resources on a bilateral (no bidding process) basis, the utility can sign the deals and then take them to the Oregon Public Utility Commission (PUC) for approval and a waiver of the competitive bidding rules.

“We’re looking at all the resources out there that are not sitting back behind utilities,” Lobdell said. Piro added that PGE would like to conclude negotiations in the next two to four weeks, but he suspects it will take up to two months to lock in a deal.

“We’re keeping our stakeholders apprised of what we are going and as soon as something were to break we will let people know,” Piro said.

PGE is looking at the possibility of having substantial hydroelectric power supplies deep into the summer after one of the wettest years in recent memory and the coldest winter in nearly 40 years.

All the major water basins from which PGE draws its hydropower supplies are more than 100% of normal, Lobdell said, while Piro cautioned that continuing colder weather this month would be helpful to assure a slow draw down of hydro supplies into July and August. If the weather in May turns unusually hot, it would force a faster-than-desired melt of the snowpack, resulting in lost hydropower. The Mid-Columbia basin is up over 123% of normal, Lobdell said. Piro added that the slower the runoff, the more above-normal hydropower supplies PGE will have this summer.