Piñon Midstream LLC has begun construction of a sour gas treating and carbon capture facility in Lea County, NM, that when completed in July would have capacity to treat about 85 MMcf/d of Permian Basin natural gas. 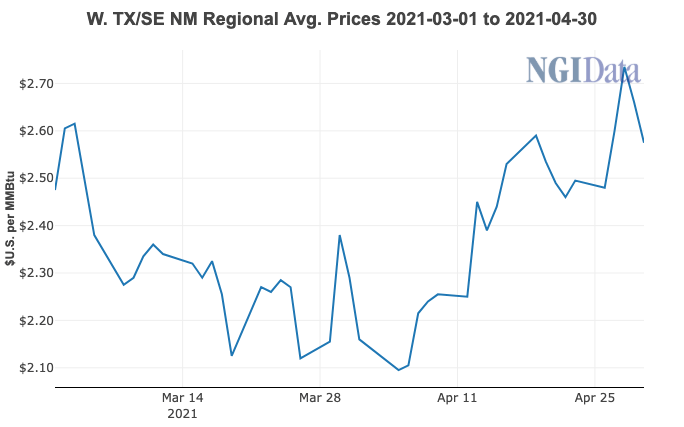 The plant, dubbed the Dark Horse Facility, would treat gas produced in the Permian’s Delaware sub-basin. The project is anchored by “a substantial long-term dedication” from Ameredev II LLC, a privately held independent exploration and production company active in the area.

Founded in December, Piñon aims “to provide a long-term, economic and environmentally responsible solution to the pervasive sour gas problem that has constrained development in the northeastern Delaware Basin,” the company said.

The treatment capacity is expandable by up to 400 MMcf/d of sour gas, Piñon said. The project is designed to gather and treat natural gas containing any concentration of hydrogen sulfide (H2S) and carbon dioxide (CO2), then deliver treated sweet gas to third-party gas processing plants.

“Our goal is to provide the most creative and cost-effective sour gas solution for the Delaware Basin,” said President Steven Green, who co-founded the company. In addition to sequestering H2S and CO2, the project “also substantially reduces flaring and greenhouse gas emissions in southeast New Mexico.”

The Independence AGI #1 sequestration well is New Mexico’s deepest and largest acid gas injection well, said chief commercial officer Justin Bennet. “It has the ability to permanently sequester up to 175,000 tons of CO2 and 75,000 tons of H2S annually,” he said. “That capacity will double next year when we drill Independence AGI #2.

“The Piñon H2S and carbon capture solution opens the way for our customers to make meaningful enhancements to their [environmental, social and governance] programs, which is a fundamental component of our business.”

Black Bay managing partner Michael LeBourgeois said the Piñon leadership team has “deep technical and commercial experience,” having safely developed and operated numerous gas treatment plants. “We are very familiar with the growing sour gas issues in the Permian Basin and believe that Piñon is well-positioned to provide an economical and environmentally friendly solution to the region.”

ExxonMobil announced last month it is seeking industry and government support to develop a $100 billion project along the Houston Ship Channel to capture and sequester emissions from refining and petrochemical plants on the Gulf Coast.

The Biden administration, for its part, is aiming to accelerate the deployment of carbon capture solutions through congressional approval of the $2.25 trillion American Jobs Plan. The infrastructure bill would reform and expand the Section 45Q tax credit, “making it easier to use for hard-to-decarbonize industrial applications, direct air capture and retrofits of existing power plants.”

The United States’ updated commitments to the United Nations Framework Convention on Climate Change also lay out plans to expand carbon capture in the electricity and industrial sectors.