San Francisco-based Pacific Gas and Electric Co. (PG&E) expects to emerge from voluntary bankruptcy protection by mid-2020, while it faces a bid by its headquarters city to buy the electric system assets. 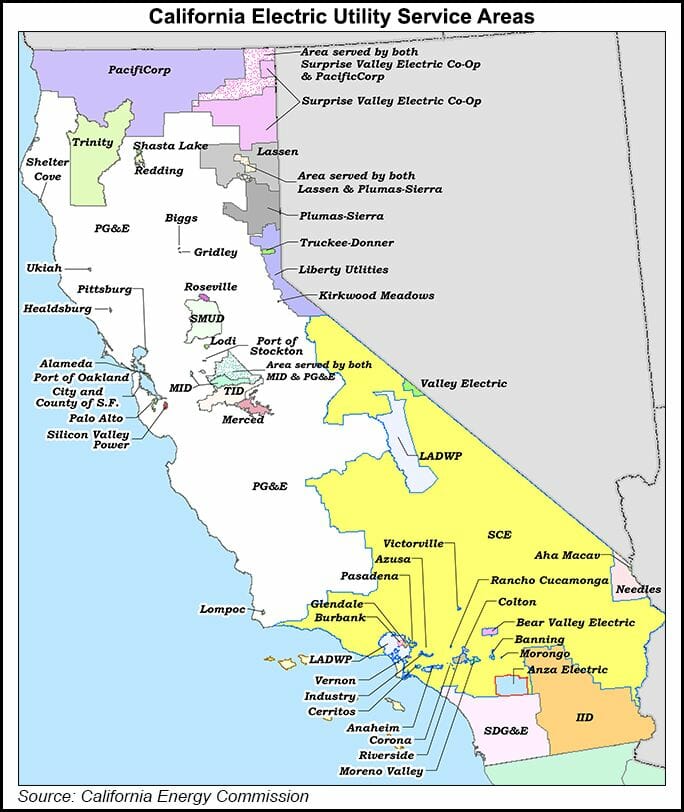 Based on wildfire legislation passed earlier this year under Assembly Bill (AB) 1054, PG&E is under the gun to emerge from bankruptcy by June to be eligible to receive assistance from the state’s wildfire fund. PG&E indicated it plans to raise up to $14 billion in equity to pay fire victims and fund contributions to the fund.

Last week the California legislature passed a resolution for the reorganization to “prioritize” wildfire victims and utility ratepayers while “not jeopardizing safety, energy reliability and climate change goals.”

“PG&E’s bankruptcy is having a ripple effect that impacts everyone across the state,” said Assemblyman Chris Holden, who chairs the Utilities and Commerce Committee. “There is a lot at stake, and we want to make clear that the outcome must prioritize victims and ratepayers.”

San Francisco has made a formal $2.5 billion nonbinding bid to buy “substantially all” of PG&E’s electric distribution and transmission assets in the city, claiming the purchase will “enhance the value to PG&E’s debtors and stakeholders.”

San Francisco’s elected Board of Supervisors and the San Francisco Public Utilities Commission each support the offer. The city for more than a century has owned and operated Hetch Hetchy Power, a municipal retail electric utility.

PG&E spokesperson James Noonan said the combination utility, which has been headquartered in San Francisco for more than a century, continues to oppose municipalization, but it will work with the city on its energy concerns.

“We don’t believe municipalization is in the best interests of our customers and stakeholders,” Noonan said, but “we are committed to working with the city and will remain open to communication on this issue.”

A veteran state energy lobbyist noted that the lawmakers, who have another week to pass legislation, have nothing of significance in the pipeline. “There is some AB 1054 clean up but nothing controversial,” he told NGI. “There is another cleanup on the labor provisions. There is nothing on electrification.”

Another bill, AB 235, to permit PG&E and other utilities to sell recovery bonds, is stalled and expected to be held over for the next legislative session, which starts in January. The full cost of the bonds would fall on existing utility shareholders — not customers — and losses would be covered by PG&E shareholders.

Former chief economist in the Legislative Analyst Office, Brad Williams, said the bonds would allow PG&E to hang on to its traditional mom-pop utility investors, compared to alternative reorganization plans that could result in the majority of the stock held by hedge funds and other investors seeking short-term profits.

Besides the victims’ costs that pushed PG&E into bankruptcy and state programs to keep the utility financially whole, the Chapter 11 process is costly, given what is at stake and the legal costs inherent in bankruptcy. For example, reports from the bankruptcy court indicate PG&E already has spent more than $100 million, and by the time it exits Chapter 11 the total bill may be close to $400 million.