Permian Highway Pipeline LLC (PHP) this week launched a binding open season to solicit commitments for a project that would expand its capacity by about 650 MMcf/d, pending a final investment decision. 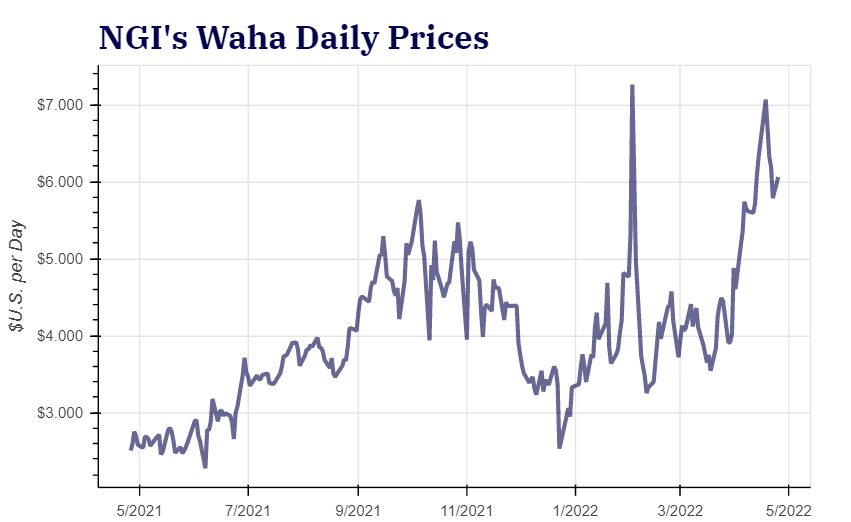 The expansion would bring PHP’s total capacity to about 2.75 Bcf/d.

A foundation shipper has already executed long-term binding transportation agreements for half of the planned expansion capacity, KMI said.

The project would primarily involve compression expansions on PHP to increase natural gas deliveries from the Waha area of West Texas to multiple mainline connections, including Katy, TX, and various Gulf Coast markets.

The open season extends through May 13, though KMI said it reserves the right to extend the period if needed.

PHP is jointly owned by subsidiaries of KMI, Kinetik Holdings Inc. and ExxonMobil, with an ownership interest of 26.7%, 53.3% and 20%, respectively.

Of the seven regions — the Anadarko, Appalachian and Permian basins, as well as the Bakken, Eagle Ford, Haynesville and Niobrara formations — only the Anadarko is expected to see natural gas output decrease from April to May.

The Texas Independent Producers and Royalty Owners said exploration and production companies  have begun to respond to “higher commodity prices and the call to increase domestic production to address global supply shortages.”