Stung by the untimely and expensive takeover of Anadarko Petroleum Corp. in 2019, debt-laden Occidental Petroleum Corp. (Oxy) is working to right itself after taking a battering in the first three months, joining other Permian Basin-heavy operators in reducing activity in reaction to plummeting demand. 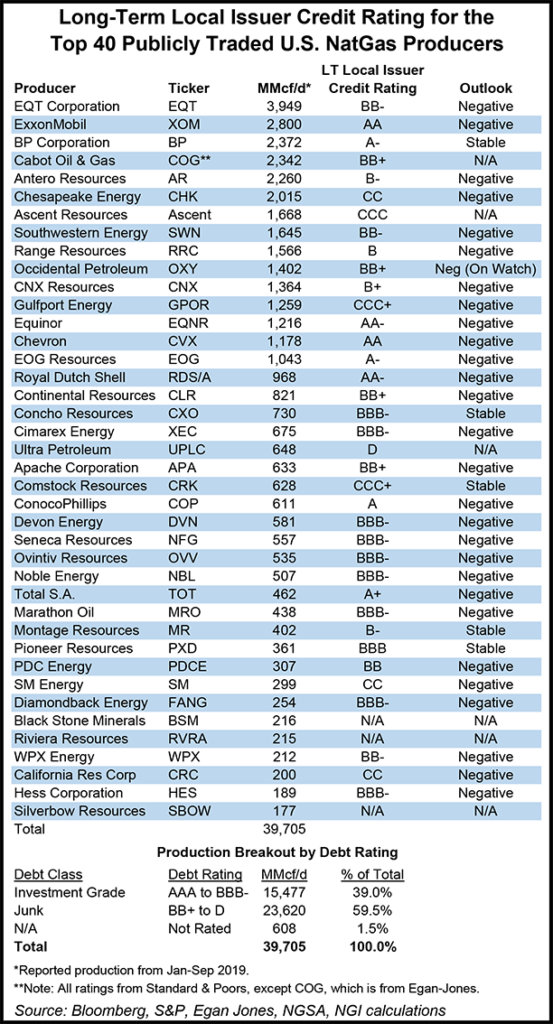 Houston-based Oxy, whose operations are concentrated in the Permian, as well as in the Middle East and Latin America, noted that market disruption caused by the coronavirus pandemic has upended guidance; the full-year outlook was withdrawn. Capital expenditures, which began the year at $5.2-5.4 billion, have been cut for the second time since March to $2.4-2.6 billion, down by more than half from 2019.

“All of our long-term differentiators remain intact, and we are well-situated for success when market conditions improve….and we will continue to deliver outstanding operational results, including our ability to safely and quickly reduce activity in this low price environment while preserving the Integrity of our valuable assets.”

“We expect shut-ins to peak in June around 75,000 boe/d,” he said. “Our guidance does not account for potential involuntary shut-ins related to flow constraints.

The losses in 1Q2020 included a one-time impairment of $1.4 billion, mainly related to an equity investment in the Anadarko midstream business, Western Midstream Partners LP, as well as a $670 million mark-to-market loss on interest rate swaps, $580 million of impairment and related charges on domestic and international oil and gas properties and $150 million of acquisition-related transaction costs. The losses were partially offset by $1 billion of mark-to-market gains on oil hedges.

Permian pure-play Diamondback Energy Inc. CEO Travis Stice said during the first quarter conference call that the teams “reacted quickly to the rapidly changing landscape and adjusted our operating and capital program in almost real time” to prepare for the commodity price weaknesses.

“Crises have a way of revealing character, and we have witnessed this across our organization,” pointing to how employees have responded and are supporting communities where they work and live.

In the first quarter, production totaled 321,000 boe/d, up 21% from a year ago and 7% higher sequentially. Business was running on all cylinders, with 80 operated wells turned to sales. That was before commodity prices took a dive.

Diamondback deferred all completions activity in March and expects to complete less than 10% of the well count in the second quarter. The focus for now is to be on “leasehold retention,” Stice said. The Midland, TX-based independent is “working down the rig count as quickly as possible without paying early termination fees and existing rigged contracts.”

Fourteen rigs are running today, but by the start of June, the count should be down by four, with more declines thereafter. Only seven rigs are scheduled to be working in 4Q2020.

Reducing the completion schedule should lead to a drilled but uncompleted (DUC) well count of more than 150 by year’s end, Stice said. “This is over 100 DUCs above what will be required as a standard working DUC inventory for a three to five completion crew program, which is our base case program exiting 2020 as we see things today.”

The third quarter is likely to “truly reflect the significant activity reductions that began in March and continued into the second quarter,” he said.

Gross operated production has been scaled back by up to 15% because of the uncertainty in the forward oil price contracts, which “outweighs the benefit of producing as much as possible into extremely low and unhedged realized prices.”

Diamondback had hedged almost all of its expected oil output before curtailing any production.

“When assessing where to curtail production, we focused on fixed and variable operating costs and underlying marketing contracts, choosing to slow production where we do not need to spend significant dollars to do so,” comments that mirrored those by Devon Energy Corp. CEO Dave Hager on Wednesday.

“Looking ahead, due to the volatility of commodity prices, there is significant uncertainty in our whole business plan, and we are planning to stay flexible on how many completion groups we bring back to work in the second half of the year and which months those crews get back to work,” Stice said. “We’ll need to see some stability in the forward curve before making this decision.”

Parsley Energy Inc., headquartered in Austin, TX, early this year completed its takeover of fellow Permian pure-play Jagged Peak Energy Inc. to build its arsenal. However, the pandemic has uprooted those plans, with 2020 capex chopped to under $700 million from earlier guidance of $1 billion.

In addition, “all new drilling and completion activity in the near term” has been suspended, CEO Matt Gallagher told analysts during the quarterly call.

“In the face of unparalleled global demand destruction, one thing of certainty is that demand will recover from recent lows, but the magnitude and timing are less clear,” he said. “In these challenging times, we remain focused on controlling what we can control and making sound incremental investment decisions based on the facts at hand.”

Activity plans this year are to remain flexible, “but we remain inflexible in our commitment to allocate incremental capital based on unhedged rates of return in prevailing market conditions.”

In mid-April, several pads that flared natural gas also were curtailed, which were part of the Jagged Peak takeover. In addition, Parsley last month suspended all new drilling and completion activity. It plans to reactivate operations at four-to-five rigs and one-to-two fracture spreads “when oil market fundamentals are more constructive and in line with Parsley’s baseline price assumptions.”

Denver-based Centennial Resource Development Inc., whose operations are focused on the Permian, plans to curtail about 40% of its oil volumes in May, CEO Sean Smith said during the first quarter conference call. However, he was upbeat about the outlook later this year.

“Given the potential for near-term shut-in volumes and declining drilling activity by both U.S. and international producers, we believe there is a good chance that oil prices will be higher toward the end of this year,” he told investors.

There may be more curtailments, “both voluntarily due to price or involuntary due to midstream congestion or storage constraints,” but they would be made on a month-to-month basis depending on price and contractual agreements.

Centennial is pulling all the levers to manage through the downturn, Smith said. In addition to layoffs, employee salaries have been reduced “across the board, with the largest reductions being taken at the senior management level.” The company is “acting swiftly and decisively in order to protect the business.”

“Of the 22 wells that were brought online during the quarter, which was approximately 20% fewer than the fourth quarter, nearly half of the wells were completed in March and therefore, had a limited impact on production,” CFO George Glyphis said.

Net losses recorded in the first quarter totaled $548 million (minus $1.99), which included a one-time impairment of $611 million to write down the value of oil and gas properties. In 1Q2019, losses totaled $8 million (minus 3 cents).