A state lawmaker in Pennsylvania has introduced a bill that would provide a decade of tax breaks for qualified businesses that use shale gas and make a certain number of hires and invest in the state. 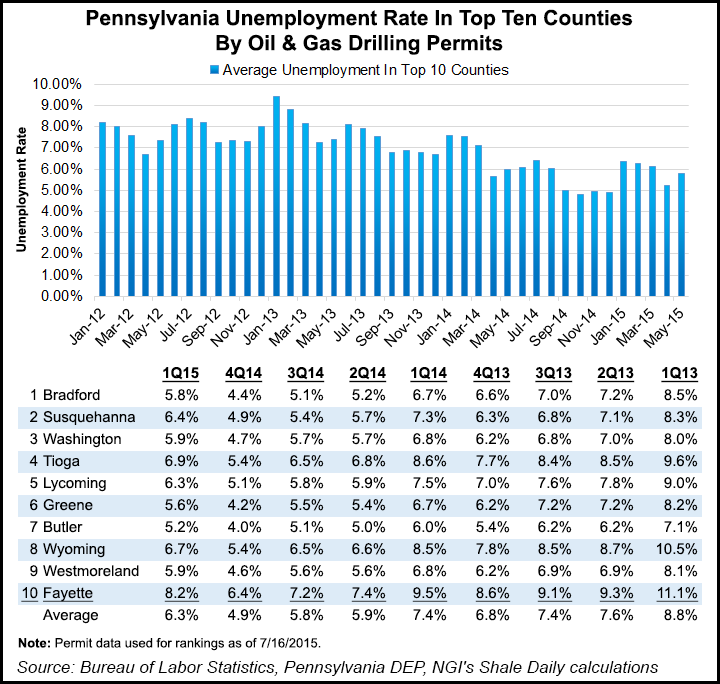 Under SB 886, also known as the Pennsylvania Affordable Energy Development Zones Act, the state Department of Community and Economic Development would extend tax credits or exemptions to businesses that actively perform “a trade, profession or business involving energy or manufacturing, or a related activity that uses natural gas from an unconventional formation.”

The businesses would also be required, within the first three years of full operation within one of the new zones, to hire and employ a minimum of 10 new full-time workers, or their equivalent, and make $500,000 in new capital investment on property within a zone.

“Pennsylvania’s rural areas have seen decades of plant closures, job losses, population declines and stagnant economic growth,” said Sen. Scott Hutchinson (R-Oil City), the bill’s sponsor. “In too many cases, the best hope for finding a decent job has been to relocate, leaving behind family, friends and hometowns. Development of low-cost Marcellus Shale gas has given Pennsylvania a fantastic new opportunity for job creation even as we lead the nation toward energy independence. We need to attract industries to use this plentiful gas.”

“My legislation would incentivize new businesses to locate in counties with natural gas producing wells, where they’ll have ready access to a low-cost energy source. Many of these areas are regions that have been hardest hit by manufacturing losses. My bill provides an opportunity to reverse the trend of joblessness and poverty that afflicts much of rural Pennsylvania by reestablishing a manufacturing base.”

Earlier this month, the state Independent Fiscal Office predicted that Pennsylvania could see a significant decline in impact fee revenue from shale gas wells this year, and could receive the smallest amount since the controversial fee was enacted in 2012 (see Shale Daily, July 7).

Lawmakers in the Pennsylvania General Assembly and Gov. Tom Wolf are at loggerheads over the merits of enacting a severance tax on oil and gas production and are grappling to pass a state budget (see Shale Daily, June 29).