PennEast Pipeline Co. is for now dropping its years-long efforts to condemn state-owned land in New Jersey until it has more clarity on the beleaguered project’s timeline. 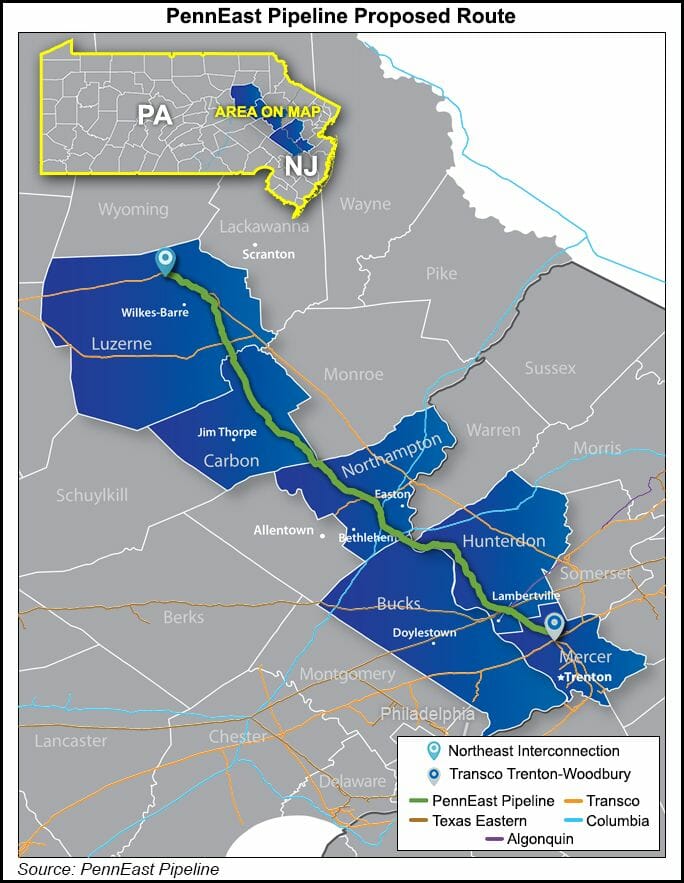 The state notified a federal appeals court this week that the company has agreed to voluntarily dismiss condemnation proceedings for the pipeline. Environmental groups, including the New Jersey Conservation Foundation (NJCF), suggested the move is an indication that the project won’t go forward because it can’t be built along the proposed route without the land.

However, PennEast said the pipeline remains critical to meeting energy demand in Pennsylvania and New Jersey. Spokesperson Patricia Kornick said PennEast has decided not to acquire the rights-of-way via eminent domain in court until it has more certainty on the time it will take to resolve remaining legal and regulatory hurdles.

“PennEast is exploring with attorneys representing landowners the idea of dismissing the actions without prejudice and restarting legal proceedings once it clears the regulatory hurdles and has a better understanding of when it would need to acquire the property interests,” she said.

PennEast won FERC approval in early 2018 and sued New Jersey to condemn 42 parcels of state-owned land for the project. The two have battled ever since. The pipeline ultimately petitioned the U.S. Supreme Court last year to review an appeals court ruling that found a certificate from the Federal Energy Regulatory Commission did not allow a private company to take state land.

The high court in June cleared a key roadblock for the project’s path toward completion when it found the pipeline could use eminent domain to obtain the parcels in question.

PennEast has for years been delayed by regulatory and legal setbacks like other greenfield projects in the Northeast. As a result, the company has planned to move ahead in two stages, with the first section slated to come online in Pennsylvania and the second in New Jersey. The plan hasn’t been approved by FERC.

PennEast also needs other permits in both Pennsylvania and New Jersey. The company dropped similar condemnation proceedings in Pennsylvania last month, according to NJCF.