Mexico’s two leading state energy companies, which are no longer monopolies but which continue to dominate their sector, recorded losses totaling $10.3 billion in the second quarter. 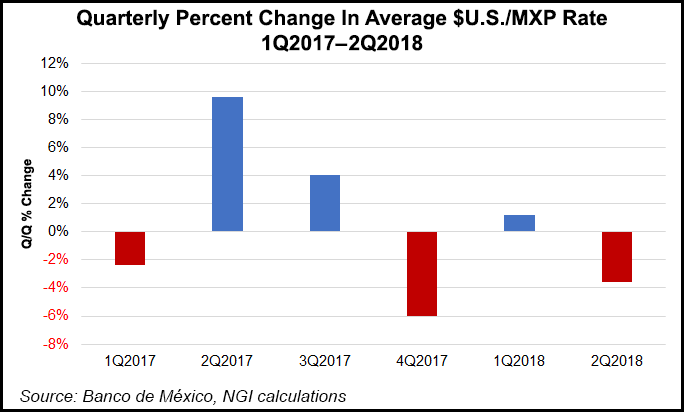 The results coincided with a furor of controversy.

Last Friday, as Pemex and CFE were publishing their quarterly results, President-Elect Andres Manuel Lopez Obrador unveiled his energy team for the government that is due to take power in December.

The team includes such vocal opponents of the energy reform as Manuel Bartlett, named as the new chief of the CFE, and Alfredo Montoya, as deputy Energy secretary

The announcements have led several analysts to question Lopez Obrador’s commitment to the energy reform of the current administration.

The only plausible reason behind the controversial appointments, wrote editor Enrique Quintana of El Financiero, Mexico’s leading business daily, “is that there exists a determination to set back the energy reform.”

Quintana made clear that he believes that Lopez Obrador has made some excellent appointments, including Jesus Seade to head renegotiations of the North American Free Trade Agreement with the United States and Canada. But the energy appointments are something else.

The announcement of the appointments and the publication of the dismal quarterly results of the Pemex and CFE were apparently no coincidence.

Lopez Obrador used the opportunity to reinforce his aim to make Pemex once again. In order to make the point, he repeated a previous announcement on several billion dollars to be spent on the construction of at least one refinery, then adding a sprinkling of fresh stardust in the form of $4 billion to be invested in the upstream.

The plan to direct $4 billion to the upstream has caused another controversy, this time among supporters of the energy reform.

“Just about every other Big Oil company in the world is spending because of the prospect of rising prices,” Labardini told NGI’s Mexico Gas Price Index.

The aim is to increase crude oil output to as much as 2.5 million b/d within two years from 1.9 million b/d of crude currently.

“That should be feasible,” said Labardini, “so long as Pemex concentrates its investment in the 20 or so most highly productive fields that it has in shallow waters of the Gulf. It costs Pemex to produce the crude at about $20/bbl, and then it can sell it at $70/bbl. That’s good business.”

“With $4 billion, Pemex would be close to doubling its upstream investments, however it would be only halfway to a return on the $15 billion that was invested on average between 2010 and 2013.” Pulso EnergÃ©tico said.

Both Pemex and the CFE said that their results had been severely affected by losses incurred by the 8% slide over the period in the value of the Mexican peso against the dollar.

The CFE said its exchange losses for the quarter amounted to 26.4 billion pesos ($1.4 billion).

Natural gas featured heavily in the results of both companies: Pemex, with a sharp fall in its production, and the CFE with its growing and substantial volume of imports.

About 36% of Pemex gas is produced onshore. Of the total produced in the second quarter, 3.3% was flared, compared with a year ago when 4.1% was flared.

Cantarell, once the world’s most prolific offshore complex, hit a maximum of more than 2 million b/d of crude in 2004, when Mexican crude output peaked at almost 3.4 million b/d.

However, the leading producer of non-associated natural gas is the Burgos Basin, across the border from Texas. Production there in June was 625 MMcf/d, down from a peak of 1.52 Bcf/d in 2009.

The CFE said its results were affected by administrative costs that were 4.1 billion pesos over budget in the second quarter. Income was 124 billion pesos, a 9% increase year/year.

However, the price at which it sold the power fell from 1.669 pesos/kWh to 1.518 pesos. Therefore, income from sales dropped by 7.3 billion pesos, this helping in part to explain the losses, said the report to the Mexico Stock Exchange.