Pembina Pipeline Corp. has set a target of 2023 to start up production in Alberta from a C$4.5 billion ($3.4 billion) petrochemical project with its Kuwait partner. 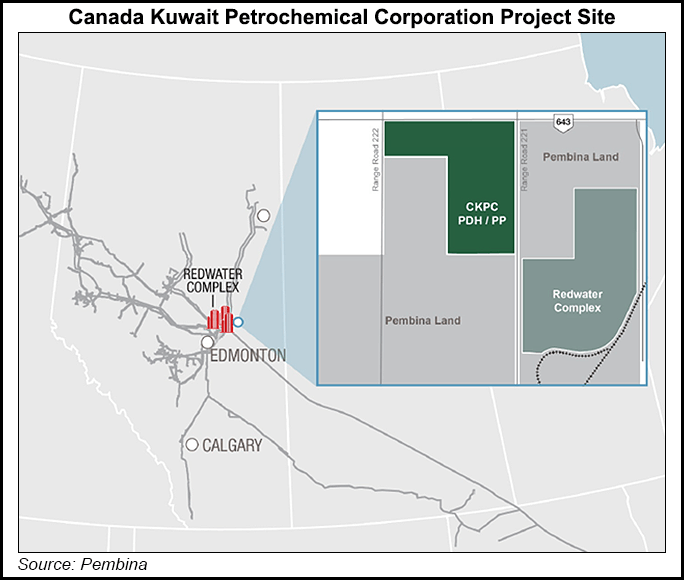 The package includes C$300 million ($225 million) in royalty credits granted by the Alberta government to the project builders, for them to transfer to gas-liquids producers in exchange for raw material supply commitments.

The new plant will use 23,000 b/d of gas-byproduct propane to make 550,000 tons per year of polypropylene, a key ingredient in plastics and synthetic materials widely used in global manufacturing.

Construction is underway on a similar plant aided by the Alberta government, also in the Edmonton area. Inter Pipeline Ltd. is building a C$3.5 billion ($2.6 billion) plant to make 525,000 tons/year of polypropylene from 22,000 b/d of propane. The subsidy program is providing C$200 million ($150 million).

Both petrochemical projects are rooted in growth expectations for liquids-rich gas production from shale and tight deposits tapped by horizontal drilling and hydraulic fracturing in Alberta and British Columbia (BC).