In a move expected to be supported by the Democratic governor, the Oregon legislature passed a measure before adjourning that requires railroads to submit spill response plans to the state Department of Environmental Quality (DEQ). 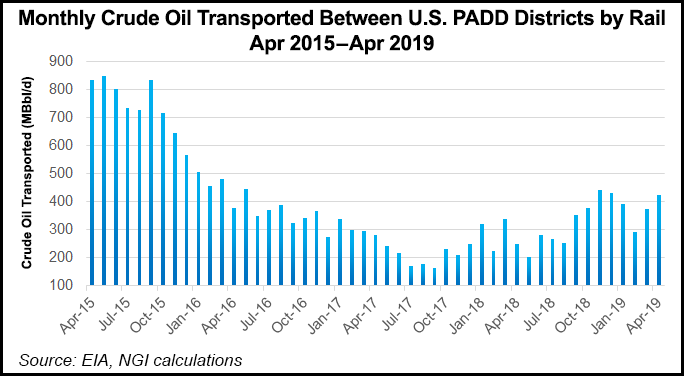 House Bill 2150 designates DEQ to adopt the rules, which includes defining oil spill response zones and prescribing amounts of containment and clean-up equipment to be regularly located in the designated zones. The bill also directs DEQ to establish a task force to investigate ways to reduce spills and releases into the air, land or waters.

Impetus for the new legislation followed a derailment three years ago by Union Pacific Railroad east of the Columbia River Gorge, where 16 of 96 crude-hauling tank cars spilled 42,000 gallons of oil. No one was hurt.

U.S. crude-by-rail shipments have risen as more oil is produced in the Lower 48. Three years ago, crude rail shipments were almost eight times higher than what they averaged in 2010.

In Washington state, a proposed crude-by-rail rule has caused an ongoing legal dispute with North Dakota, which ships more than 250,000 b/d of Bakken Shale crude to the Pacific Northwest.