Oklahoma legislation designating who owns and is responsible for wastewater resulting from oil and natural gas drilling operations was signed into law on Tuesday by Gov. Kevin Stitt. 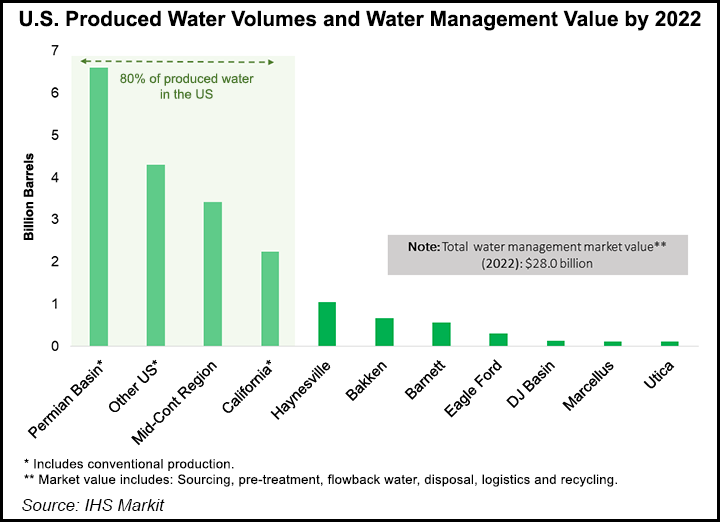 The Oil and Gas Produced Water and Waste Recycling Reuse Act (Senate Bill 1875) clarifies that produced water and waste is the property of the oil and gas producer until it is officially transferred to another person. It also shields liability from companies that process wastewater into recycled water and/or transport the recycled water for further use in oil and gas production.

By clarifying ownership and liability, “the measure aims to attract entrepreneurs to innovate and invest in technology to process and treat oil and gas produced water and waste, resulting in a beneficial resource and a reduction in wastewater injection,” said Rader.

“This law is the result of unprecedented negotiations between oil, gas, agricultural and landowner stakeholders across the state,” he said. “We’ve all seen negative impacts of underground wastewater injection. It’s in the state’s best interest to cultivate, encourage and promote developments that allow for the economical treatment of wastewater so it can become a useful resource in the future. By clarifying ownership and liability, this law could help protect existing freshwater resources and groundwater from potential pollution.”

State Rep. Terry O’Donnell (R-Catoosa), who wrote the House version, said the bill helps clarify an issue that until now was ambiguous in state statute.

“Such clarity will give Oklahoma a competitive edge in attracting entrepreneurs looking to turn wastewater into a reusable resource,” O’Donnell said. “This helps us create a stronger business environment as we continue to seek ways to diversify our state’s economy.”