A few more U.S. land-based rigs trickled back to the energy patch during the week ending Aug. 5, according to Baker Hughes Inc. The gain of three rigs on land was tempered by the loss of two in the offshore for a net U.S. gain of one unit. Oil rigs ascended, while natural gas-focused units declined. 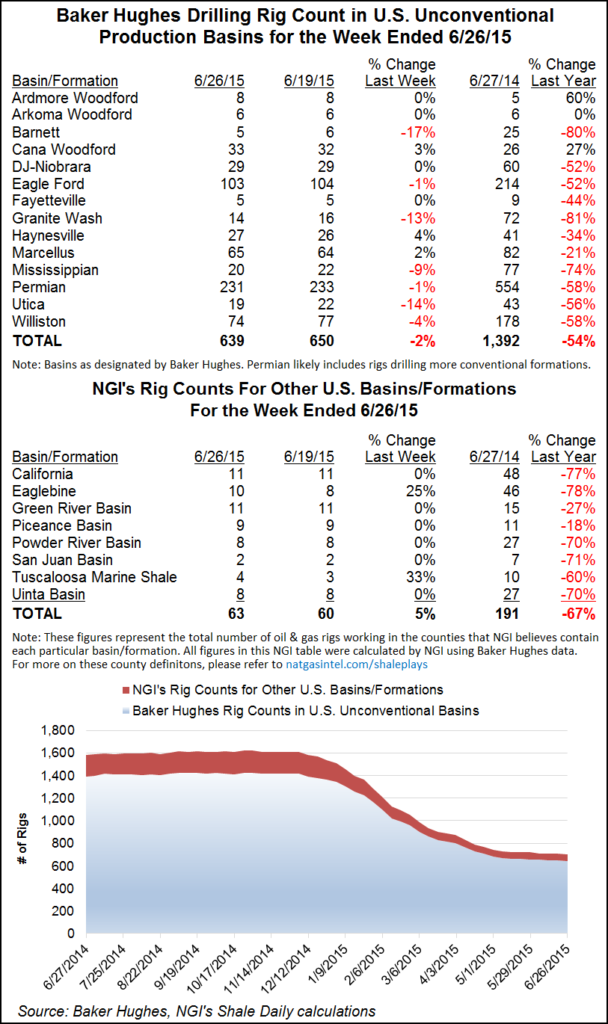 There were 464 rigs running in the United States at week’s end. Seven oil rigs returned, but five natural gas and one “miscellaneous” rigs left. Eight horizontal rigs returned, offset by the departure of four directional units and three verticals. Of active U.S. rigs, 381 were targeting oil and 81 were pointed at natural gas.

Louisiana was the biggest loser among states, giving up four rigs to end at 42. Texas added three units to end at 217. The Permian Basin gained five rigs to 177, and the Eagle Ford Shale added four to 37, making them the leaders among gaining U.S. plays.

Canada added three rigs, two natural gas-directed and one miscellaneous, and ended the week with 122 units operating. That brought the North American active rig count to 586 for the week.