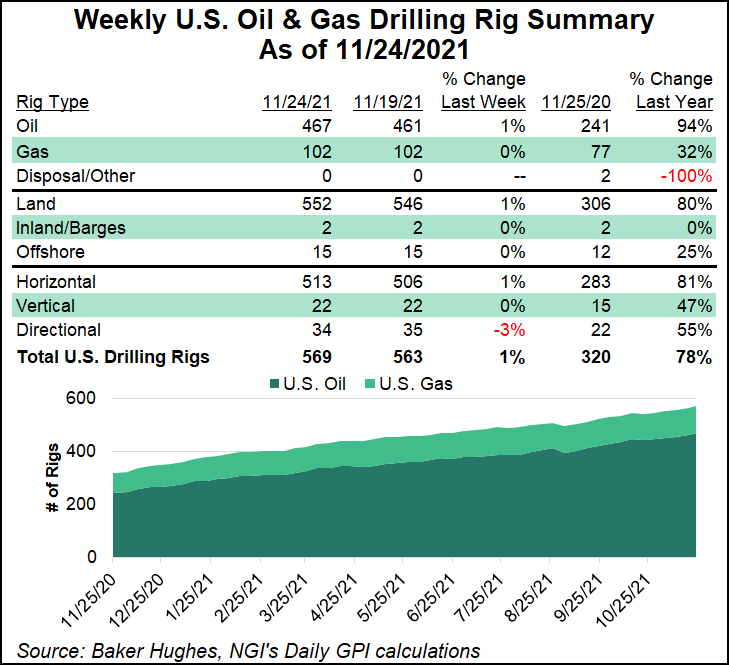 As with the total number of natural gas-directed rigs, the Gulf of Mexico tally was also unchanged for the period at 15. The six-rig expansion in the oil patch left the United States with a combined 569 active rigs as of Wednesday, up from 320 rigs running in the year-earlier period, according to the BKR figures, which are partly based on data from Enverus.

The Canadian rig count added four units — all oil-directed — to end the period at 171, up from 102 a year ago.

Broken down by major play, the Williston Basin led with a three-rig increase, growing its total to 27, more than double the 11 rigs running there in the year-ago period. The Permian Basin, meanwhile, tacked on two rigs to reach 280, versus 161 a year earlier.

Elsewhere among plays, the Marcellus Shale added one rig overall, while the Haynesville Shale saw one rig exit for the period.

Broken down by state, North Dakota added four rigs, while Texas added two, mirroring the gains in the Williston and Permian, respectively. Pennsylvania added one rig to its total for the period, according to the BKR data. 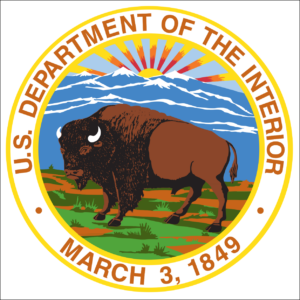 The U.S. oil and natural gas industry need not fear a federal drilling ban — for now — but royalty rates may be hiked for the first time in a century and leasing terms could be tightened based on an analysis by the Department of Interior. After taking office in January, President Biden issued Executive…