U.S. land drillers turned in another week of gains thanks to continued expansion in the oil patch, according to the latest Baker Hughes Co. (BKR) tally, which showed the overall domestic rig count rising five units to 508 as of Friday (Aug. 27). 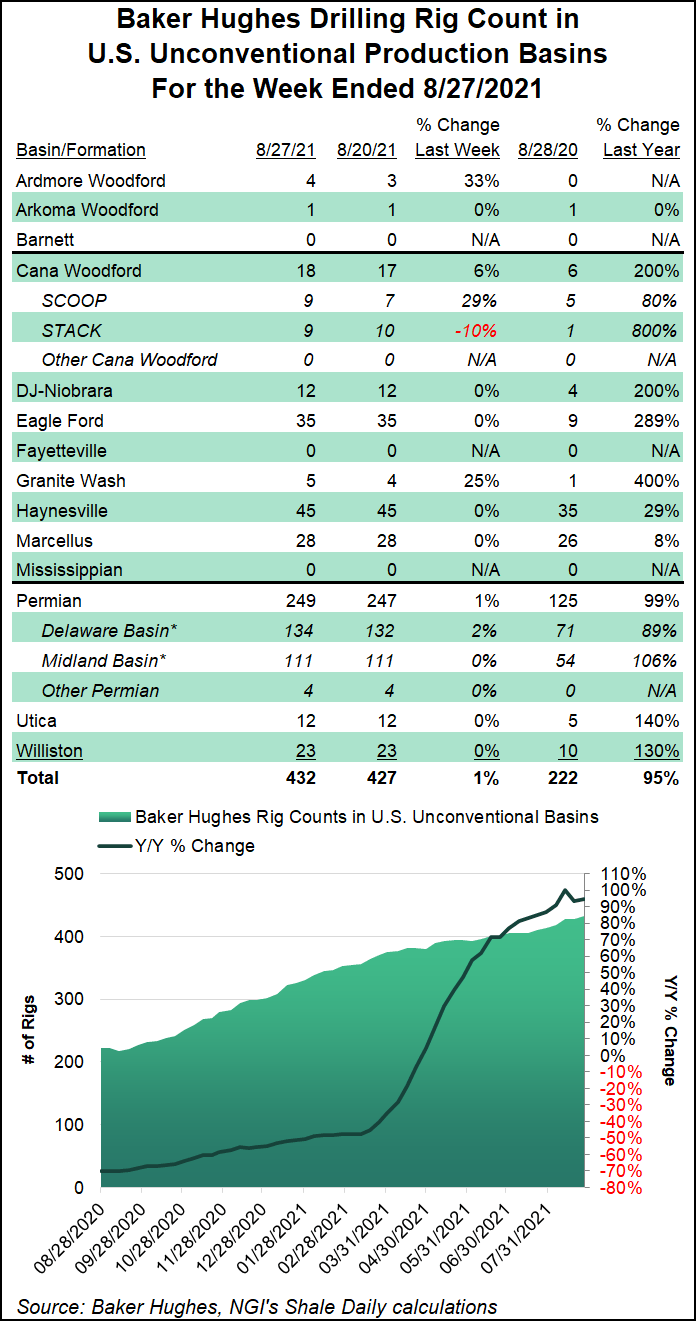 Oil rigs added on land accounted for the entirety of the net change week/week in the United States. Domestic natural gas rigs held steady at 97, while Gulf of Mexico activity was unchanged at 14. The combined 508 U.S. rigs as of Friday compares with 254 rigs running at this time a year ago, according to the BKR numbers, which are based partly on data from Enverus.

The number of U.S. oil rigs has been on a steady uptrend coming off of last year’s Covid-induced lows. Just over 50 oil rigs have joined the patch domestically since June, BKR data show.

U.S. horizontal rigs increased by five for the week, while vertical rigs rose by two. Those gains were partially offset by a two-rig decline in directional units.

The Canadian rig count fell nine rigs to 147 as of Friday, still eclipsing the year-ago total (54) by nearly 100 rigs. The net change there included a 10-rig decline in oil drilling; natural gas-directed rigs rose by two, while one miscellaneous rig exited during the week.

Broken down by major play, the Permian Basin led the way by adding two rigs week/week to bring its total to 249. That’s roughly double the 125 rigs running in the New Mexico and West Texas play a year earlier.

Elsewhere among plays, the Ardmore Woodford, Cana Woodford and Granite Wash each added one rig to their respective totals.