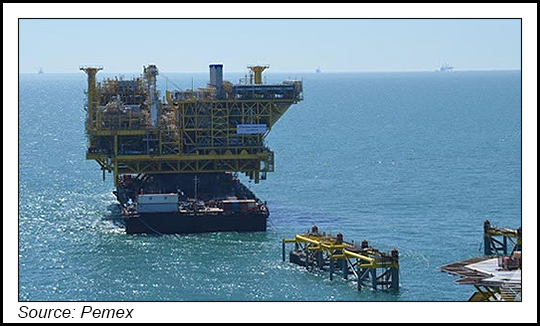 The International Energy Agency (IEA), in its monthly oil outlook report on Friday, projected global oil demand would expand by 3.2 million b/d this year – up 800,000 b/d from a prior outlook – and reach 100.6 million b/d, on par with pre-pandemic highs.

IEA said global oil supply rose by 560,000 b/d to 98.7 million b/d in January, “but the uptrend was slowed by a chronic OPEC-plus under-performance versus targets,” potentially preventing supply/demand balance this year and supporting a nearly 20% jump in Brent crude prices last month.

The Saudi Arabia-led OPEC and a Russia-led group of allies that make up OPEC-plus agreed earlier this month to further increase output by 400,000 b/d in March. This would continue a targeted rate of monthly supply increases OPEC-plus began in August to gradually unwind production cuts of nearly 10 million b/d made in April 2020.

At that pace, coupled with anticipated increases from U.S. producers in 2022, supply/demand would balance this year and could even flip to a supply surplus, IEA said. However, the Paris-based agency noted, several OPEC-plus countries have struggled to meet their quotas in recent months. Problems spanning deteriorating infrastructure in Nigeria to political strife in Libya have prevented the cartel from meeting its target for several months.

IEA said Saudi Arabia and the United Arab Emirates could draw upon spare capacity to prevent global oil supplies from dwindling. But it said the two countries have resisted because they do not want to rattle relations with other member countries.

IEA also noted that Iran has the capacity to add 1.3 million b/d of crude to global supplies and may get the green light to do so. But that depends on precarious negotiations with U.S. and European officials about lifting sanctions against Iran that are tied to strict limits on its nuclear weapons ambitions.

At the same time, IEA expects U.S. producers to ramp up output this year to capitalize on lofty oil prices that recently hit seven-year highs. To date, however, U.S. production is down early in 2022.

Absent Iran and U.S. increases, IEA said, “If the persistent gap between OPEC-plus output and its target levels continues, supply tensions will rise, increasing the likelihood of more volatility and upward pressure on price.”

OPEC held to a previous prediction that global demand would rise by 4.15 million b/d and consumption would exceed 100 million b/d in the third quarter. But it also said, based on current consumption trends, it could soon revise its outlook higher.

“Upside potential to the forecast prevails, based on an ongoing observed strong economic recovery,” OPEC researchers said. “Moreover, mobility is expected to gain further momentum, particularly with regard to the travel and tourism sector.”