President Obama on Wednesday designated two national monuments in Utah and Nevada, with the one in Utah coming at odds with the sentiment of state political leaders and the oil/gas industry. 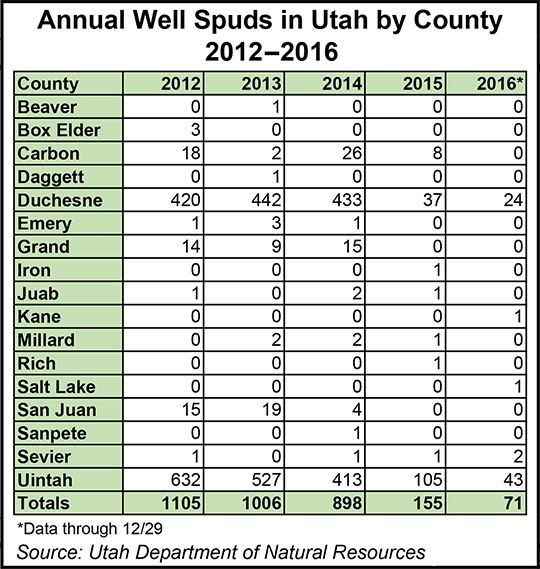 Opponents immediately vowed to work with the incoming Trump administration to overturn the president’s action, while supporters claimed that the Antiquities Act prevents reversal of the designation of Bears Ears National Monument.

The Utah designation involves 1.35 million acres and is being reviewed as the outgoing president’s most controversial of dozens of national monument creations. Led by U.S. Sen. Mike Lee (R-UT), various elected officials and industry representatives have vowed to work with Congress and the new administration to overturn the latest action.

“This arrogant act by a lame duck president will not stand,” Lee said.

For a number of years, Utah Gov. Gary Herbert has encouraged oil/gas development in his historically coal-dominated state, and for two years he has advocated that states get primacy in managing oil/gas production on federal lands.

Herbert has argued that states know their lands the best, and they need to have a say on energy programs on federal lands. Herbert has lobbied Congress, the Department of the Interior and the Bureau of Land Management to establish a process for delegating primacy to the states for regulating oil and gas operations on federal public lands.

The head of the Navajo Nation hailed Obama’s action, calling the Bears Ears area “a place of refuge” that the Native American tribes treat as sacred. But Lee also cited Navajo tribal members who oppose the monument designation.

Obama’s action effectively precludes any new leases for mining or oil/gas exploration and development. The president said the designation “will help protect this cultural legacy and will ensure that future generations are able to enjoy and appreciate these scenic and historic landscapes.”