Bakken Shale crude oil shipments via train have resumed in North Dakota, but there remain unanswered questions about what caused 10 tanker cars to derail and ignite in Heimdal, ND, earlier this month. 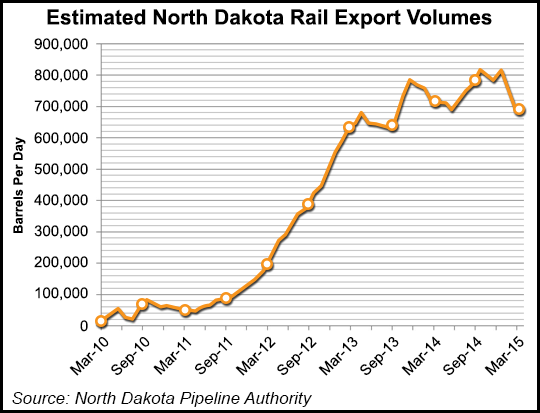 A spokesperson for BNSF, the railroad involved in the derailment, told NGI‘s Shale Daily on Tuesday that the National Transportation Safety Board (NTSB) continues to investigate the May 6 accident, and the company is prevented from disclosing “any information that is germane” to the investigation.

In Washington, DC, an NTSB spokesperson said a final report, including identifying the cause of the incident, is likely to take up to a year, but some interim reports may be issued. NTSB’s Jim Southworth has been the investigator-in-charge.

BNSF service in the state has returned to normal. The largest crude rail shipper in North Dakota has 13 rail loading facilities in the heart of the Williston Basin. Canadian Pacific Railroad also ships oil via rail in North Dakota.