Change is the operative gear for the alternative fuel transportation space this year, and the natural gas vehicle (NGV) sector is finding it has increasing competition, particularly in the medium- and heavy-duty fleet vehicle space where “clean” diesel and propane are eyeing more advancements. 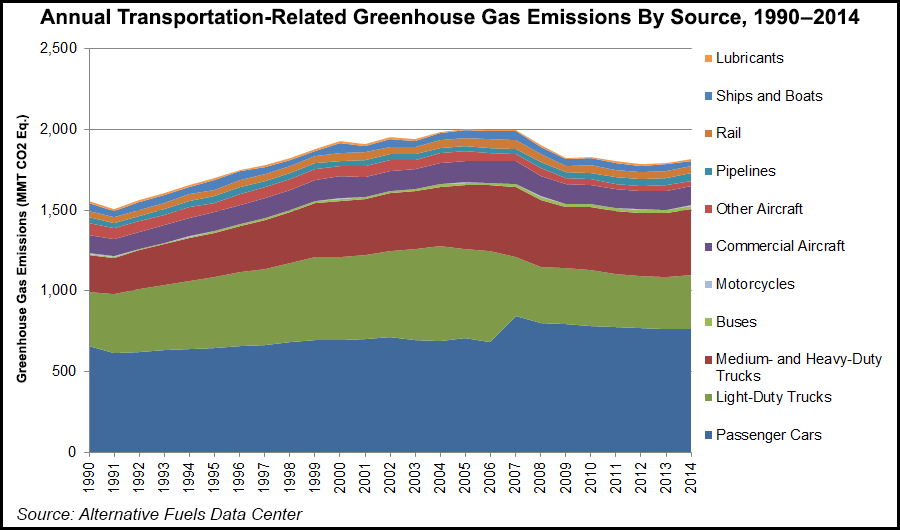 California recently laid out its 2017-2018 budget of nearly $100 million to promote alternative fueled vehicle technology advances with NGV and biofuels slated to get a portion of the annual allocations that have totaled nearly $800 million over the past decade.

“Achieving these goals will require significant technological and market changes within the transportation sector, and both California and the U.S. federal government have also established numerous goals and mandates to reduce air pollution and increase the prevalence of alternative fuels and vehicles,” said a spokesperson for the California Energy Commission (CEC).

The powertrain unit also is adding business locations in Wixom, MI, to focus on fuel systems, and Georgetown, TX, to focus on refueling equipment. Terms of the transaction were not disclosed. The acquisition enables Agility’s powertrain unit to offer propane fuel systems for commercial vehicles and turnkey propane fueling packages for private fleet and retail locations.

“This acquisition will enable our Powertrain Systems business unit to accelerate its development and certification of propane fuel systems for OEM engines and vehicles,” said Agility CEO Kathleen Ligocki. “It’s a significant step toward our goal of offering a complete toolkit of solutions to enable the global transition toward cleaner transportation options.”

Agility has specialized in systems for medium- and heavy-duty commercial vehicles, including Type 4 NGV fuel cylinders and propane fuel systems.

Separately, the diesel industry is responding to studies that nitrogen oxide (NOx) emissions are up, claiming that new technology advances “cleaner” diesel, the traditional dominant fuel in the medium- and heavy-duty fleet sectors.

“Diesel engine, truck and equipment makers today produce diesel engines that are certified by various government agencies to achieve near-zero levels for emissions of both nitrogen oxides and particulate matter,” Schaeffer said. “”Emissions certification tests conducted in laboratory settings are the standard established by government, and always have been recognized as an imperfect measure, but it is the governing system.

“Laboratory tests are not designed to replicate all real-world conditions that a vehicle and driver may encounter or create. It is common knowledge that manufacturers and regulators in the European Union and the United States have been working together to develop more representative tests for in use vehicle and engine performance, and that work is ongoing.”

RNG Coalition Executive Director David Cox said 31 RNG production projects have been built in the past five years with 22 set to come online in the next 18 months. There are about 40 production plants in 21 states.

“The highest, best use of RNG is for transportation,” Cox said.

Other speakers on the webinar were Patrick Crouch, an executive with clean fuel consultants Gladstein, Neandross & Associates, and John Drayton, LA Metro’s director of vehicle technology. They emphasized the low-NOx qualities of the RNG/advanced engine technologies, which are 60-75% below the diesel carbon baseline.

Along with changing out up to 200 buses to battery electric vehicles on a later multi-year schedule, Drayton said the transit authority’s goal is to change all of the compressed natural gas buses, the largest NGV transit fleet in North America, to near-zero emission vehicles by 2025, using RNG and the low-NOx engines.

“We see a continued refinement in the near-zero, low-NOx technology,” said Drayton, adding that LA Metro awarded a contract to Clean Energy Fuels Corp. for more RNG use. Approaching two billion miles of NGV operations, the transit operator has saved a lot of money running on natural gas, he said.

Meanwhile, in June the Greater Houston NGV Alliance and Center Point Energy are sponsoring a “Texas style” road rally to Conway, AR, as part of the alliance’s bimonthly meeting to hear from local and state elected officials on the latest NGV legislative developments.