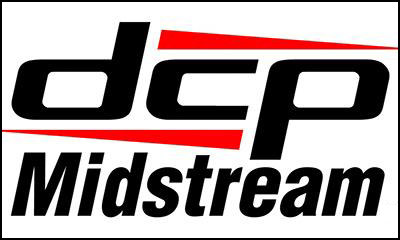 “Matters like these absolutely confirm the need for the department to finish developing its methane and ozone emission regulations for the oil and natural gas industry,” said NMED Cabinet Secretary James Kenney. “It is not enough to develop rules and issue permits; a strong and robust compliance program is essential to protect both air quality and communities.”

In the Midland sub-basin, DCP has six active plants with 580 MMcf/d of net active capacity and 9,000 miles of gathering infrastructure.

DCP on Monday said that it was partnering with Kairos Aerospace, Inc. to conduct a series of methane surveys across DCP’s operations in Texas, New Mexico and Colorado.

The surveys, which DCP said comprise the largest ever industry-led initiative of its kind, “will use Kairos’ sophisticated airborne methane monitoring techniques and advanced data analytics to digitally enable DCP’s goals of operational excellence and sustainability.”

DCP, among the largest producers of natural gas liquids and processors of natural gas in the United States, said in a June investor presentation that it is committed to “reducing our contribution to and mitigating the impacts of climate change.”

The company said its efforts include monitoring its facilities “with innovative technologies, such as infrared cameras to find and repair leaks,” as well as participating in iPIPE, “a nationally recognized coalition focused on leak detection and prevention.”

Gov. Michelle Lujan Grisham in 2019 directed NMED and the New Mexico Energy, Minerals and Natural Resources Department to “jointly develop a statewide, enforceable regulatory framework to secure reductions in oil and gas sector methane emissions and to prevent waste from new and existing sources and enact such rules as soon as practicable.”

New Mexico was one of 16 states, along with the Environmental Defense Fund (EDF), to file a motion on Monday in the U.S. District Court for the District of Columbia demanding the Environmental Protection Agency (EPA) take regulatory action to limit methane pollution from existing oil and gas sources.

“For almost four years now, Trump’s EPA has been shirking its duty to protect people from one of our most dangerous types of climate pollution, without offering any legitimate reason why,” said EDF senior attorney Rosalie Winn, adding that “cost-effective solutions are at hand, and everyone from states to major oil and gas producers recognize the importance of EPA standards for existing oil and gas sources.”