A large majority of voters in Connecticut, Massachusetts, New Hampshire and New York embrace affordable and reliable energy in New England, but a much smaller majority embrace natural gas pipelines to make that happen, according to a new poll released by industry group Consumer Energy Alliance (CEA). 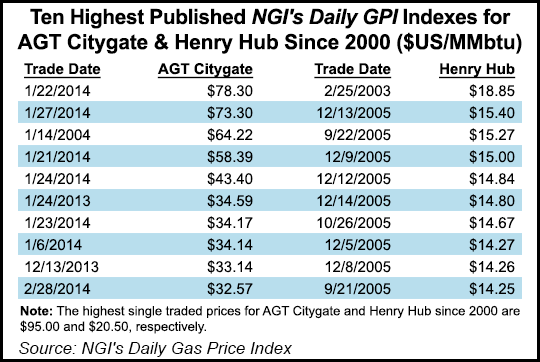 The poll — 513 phone interviews conducted June 6-8 — found a generally high level of support for affordable energy — 88% agreed that “having sufficient supplies of natural gas is important in keeping electricity and home heating affordable and reliable,” while 92% agreed that “maintaining and delivering adequate supplies of affordable fuels is necessary for consumers and businesses.”

But the poll found less support for expanding natural gas pipeline capacity in the region. While 53% said they support constructing natural gas pipelines and infrastructure in the Northeast, 39% said they oppose constructing new pipelines due to increased reliance on fossil fuels. When told that the northeastern United States pays the highest residential electric rates, 35% said the information made them more in favor of building additional pipeline capacity, with 17% saying it made them less in favor.

The new poll comes in time to put pressure on New England politicians in the lead-up to the 2018 elections. The survey found that 86% of respondents consider energy issues “very” or “somewhat” important in how they plan to vote.

“Northeastern governors, legislators and regulators should pay close attention to these results,” CEA President David Holt said. “Despite what you are hearing from the loudest anti-energy voices, the vast majority across New England and New York want a rational, balanced debate that protects, maintains and grows steady supplies of affordable and reliable energy made possible by pipelines.

“Families, small businesses and manufacturers in these states are struggling with exorbitant electric rates and need vital pipeline infrastructure to protect their livelihoods and keep the economy moving.”

CEA noted that the polling shows only 6% of respondents thought that a lack of natural gas or oil infrastructure was the cause for the region’s high electric rates. This shows “an apparent disconnect or lack of understanding from respondents as to how pipelines and other related energy infrastructure impact fuel and electricity prices,” the group said.

“Independent grid regulators have repeatedly stressed that a lack of pipeline infrastructure on high energy demand days not only puts reliability at risk, but increases upward pressure on spot market prices,” Holt said. “We will re-double our outreach efforts to ensure consumers and families in these states are better aware of how pipelines impact their bottom lines.”

Northeast trading points like Algonquin Citygate and Transco Zone 6 New York have experienced extreme price spikes in past winters as a result of peak heating and electric demand competing for limited pipeline capacity.

But despite its reliance on natural gas for heating and electricity, the Northeast has proven resistant to pipeline expansions. Several projects proposed to bring additional supply into the region have stalled or faced vocal opposition.

The Constitution Pipeline — despite being approved by FERC — has been in a battle with the state of New York over a decision to deny a crucial water quality permit for the project. That project is backed by Williams Partners LP, Cabot Oil & Gas Corp., Piedmont Natural Gas Co. Inc. and WGL Holdings Inc.

Meanwhile, an April report from the U.S. Chamber of Commerce concluded that a blockade against new natural gas pipelines into the Northeast could cost 78,400 jobs and $7.6 billion in gross domestic product by 2020.

Of the respondents to the CEA poll, 53% identified as either a registered Democrat or leaning Democratic, while 32% said they are registered or leaning Republican. The poll has a margin of error of plus or minus 4.3%.

CEA’s membership includes a variety of industry consumer groups, academic groups and energy providers and suppliers. A number of the alliance’s listed members are or have been involved in northeast pipeline projects, including Spectra, Williams, Piedmont Natural Gas and Cabot.