A judge in New Brunswick has rejected an application for an injunction against Southwestern Energy Co. (SWN) filed by a First Nations tribe at the center of a violent protest against the company last month. 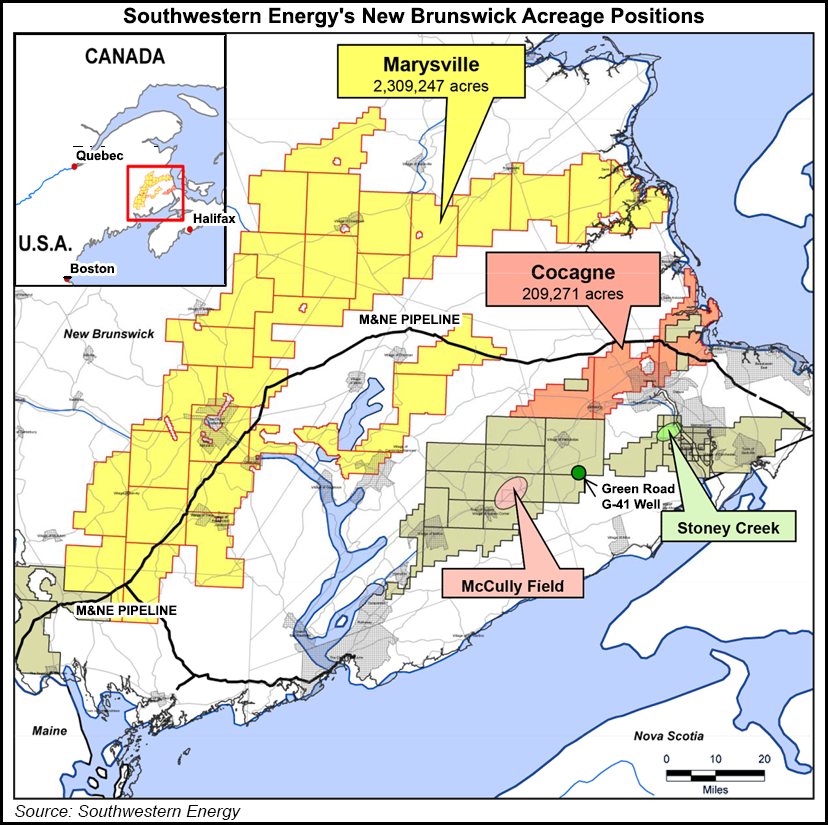 According to reports, Court of Queen’s Bench Judge Judy Clendenning said the Elsipogtog First Nation’s request for an injunction against SWN was an “odd request.” But she added that the tribe’s accusation that the provincial government of New Brunswick did not give them proper notice of shale gas development could warrant a full trial.

Jacques Poitras, a journalist for the Canadian Broadcasting Corp. (CBC) in the courtroom at the time of Clendenning’s ruling, tweeted that the judge found no evidence that either SWN or the provincial authorities had caused civil unrest or thwarted citizens’ rights to protest peacefully. She added that SWN and the province had the right to seek an injunction against “outside elements” perceived as a potential threat.

An anti-shale protest near Rexton, NB, turned violent on Oct. 17, after authorities moved in to enforce a court order to clear the demonstrators, who had been blocking a highway and SWN’s access to a facility the company was using to store seismic trucks and equipment. At least 40 people were arrested and five police vehicles destroyed in the resulting mayhem (see Shale Daily,Oct. 18).

Clendenning also said before ruling against the tribe that it appeared SWN and the provincial authorities, including Premier David Alward, had attempted “some type of consultation” to try and defuse the crisis beforehand, Poitras reported (see Shale Daily,Oct. 9).

SWN has licenses from the provincial government to perform seismic testing in New Brunswick, home to the prospective Frederick Brook Shale. The emerging play lies beneath the Hiram Brook tight gas sands in both the Sussex and Elgin sub-basins (see Shale Daily,Dec. 7, 2010).

The North Dakota Industrial Commission has extended until Aug. 15 the deadline to submit proposals for a natural gas pipeline connecting the western and eastern portions of the state. The state legislature in 2021 approved $150 million in grants to fund the project, stipulating that $10 million of the total must be used for a…