A conservation-minded citizens group in northeastern Nevada last Friday filed a lawsuit against the U.S. Interior Department and its Bureau of Land Management (BLM) in the U.S. District Court for Nevada, challenging the legality of BLM allowing an oil/natural gas lease sale to proceed earlier this year. 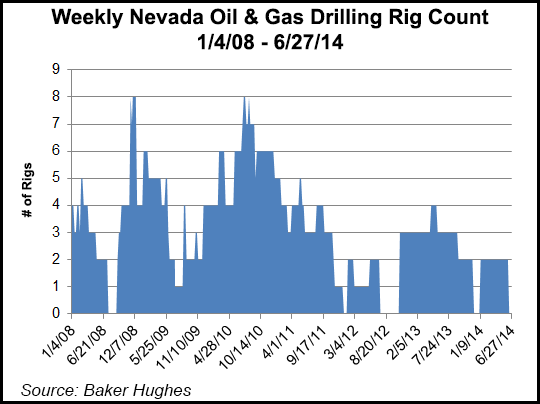 The focus of the challenge by the Reese River Basin Citizens Against Fracking are potential leases on 231,000 acres of public land in parts of three counties — Esmeralda, Lander, and Nye. In a lawsuit filed by Reno attorney Glade Hall, the group is alleging that BLM failed to consider “many of the significant environmental effects of the oil/gas development that could occur” from the sale of the leases.

A BLM spokesperson in the agency’s Nevada state office in Reno declined to comment on the lawsuit, noting that field offices of the Interior Department agency do not comment on pending litigation.

The group expressed strong concerns about what it considers adverse impacts from the use of hydraulic fracturing (fracking), and said that BLM in its environmental assessment failed to adequately consider those impacts. As a result, “irreparable harm” will result from what the group’s call BLM’s “lack of due diligence” regarding environmental protection.

Hall told NGI‘s Shale Daily that he is working on a follow-up motion for a preliminary injunction to block BLM from proceeding with the lease sale. He expects to file the brief on behalf of the Reese River group in the “next day or two.”

“The nitty-gritty of our arguments is the failure [by BLM] to consider the combination of current fracking technology and the revised assessment of the Chainman Shale formation [in east-central Nevada and western Utah] and related formations,” Hall said. The lawsuit cites a recent U.S. Geological Survey assessment of oil/gas potential in the area.

Hall said the BLM has claimed that the proposed lease sale will generate little interest. The citizens’ group claims that it will cause more interest than anticipated.

“My client’s members are most concerned with the water requirements of future fracking activity and the potential for water contamination in this drought-stricken basin,” he said.

North of the area in focus for these potential leases — in the northeast corner of the state — Noble Energy Inc. already has gained BLM’s OK for its plan to drill oil wells on extensive leases it holds in the Tabor Flats (see Shale Daily, June 12).

Noble plans to drill and complete up to 20 wells on public and private lands, and conduct oil and gas exploratory drilling, BLM said. According to Noble’s plans, 35 potential well pad sites have been identified, and 20 may be constructed over the next two years.

In the Reese River legal action, the federal court case alleges the BLM assessed drilling impact on only 710 acres of the overall 231,000-acre area covered by the potential leases.