Natural gas shippers have won a C$1.14 billion ($910 million) toll cut on TransCanada Corp.’s cross-country Mainline after a 10-month dispute over pipeline finance before the National Energy Board (NEB). 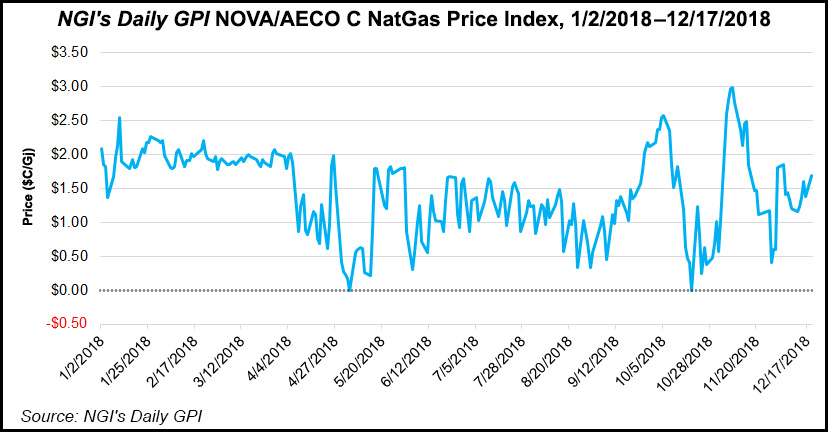 The NEB ordered the Calgary-based gas and oil transportation conglomerate to make a “compliance filing” by Jan. 31 that enacts a rate reduction package devised by the Canadian Association of Petroleum Producers (CAPP).

Toll cuts of 17-36% are forecast, with the value of the benefits varying across segments of the Mainline from Alberta and British Columbia (BC) to Ontario, Quebec and export connections to the United States.

CAPP shippers, which account for four-fifths of Canadian gas output, sought the savings as rebates of toll over-collections since 2014. The funds sit in the Long Term Adjustment Account (LTAA), a self-insurance device created by a toll settlement between TransCanada and Mainline shippers.

Settlement forecasts underestimated pipeline revenues. Under the CAPP toll reduction formula, benefits of the LTAA repayment will start immediately and last through 2020.

During the lengthy NEB case, TransCanada proposed to preserve almost all of the LTAA as a nest egg to tap for the mainline if cross-country gas traffic and toll income dropped.

The board’s verdict said TransCanada’s “approach — to return only approximately 3.9% of the $1.1 billion LTAA balance each year to shippers in the 2018 to 2020 period — represents an unreasonably large intergenerational cross-subsidy.”

The LTAA repayment is the third toll cut on TransCanada’s Mainline since 2016. The first two rate reductions were achieved as negotiated discounts.

The NEB described its order for the third TransCanada toll cut as a contribution to reviving the industry’s health. “Returning the entire LTAA balance to shippers in the 2018 to 2020 period will help toward the overall competitiveness of the Mainline’s services, and will promote increased utilization to the benefit of the Mainline and its shippers.”