St. Charles Parish in southeast Louisiana has been chosen as the site for a potential $1.2 billion fertilizer plant, thanks to its location in the heart of Gulf Coast natural gas country. 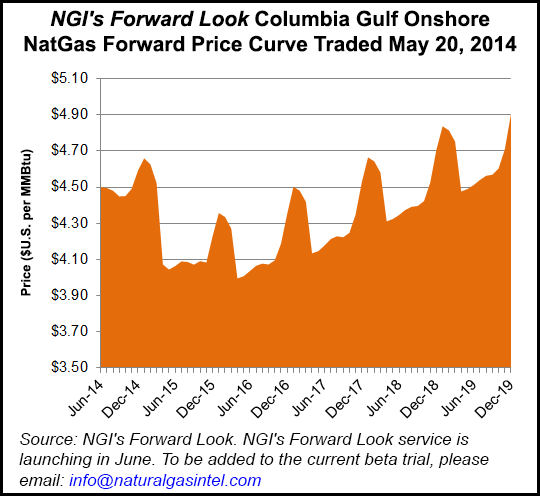 AM Agrigen Industries LLC picked the site for a granulated urea plant; a final decision on whether to build is expected in early 2015. The facility would be able to tap the highest density of interstate and intrastate gas pipelines in the United States, along with low, stable prices on an abundant supply — the key raw material for producing nitrogen-based fertilizer, said Gov. Bobby Jindal.

Feasibility of the project is being studied. It would create 150 direct jobs with an average annual salary of $55,000 plus benefits. Louisiana Economic Development (LED) has estimated that the plant would result in an additional 1,025 indirect jobs. The plant’s output would serve agribusiness customers in the United States and abroad.

If given approval, construction could begin in mid-2015 and take about 30 months. AM Agrigen plans to tap a mix of global and domestic investors to fund the project, making the complex the latest in a series of major foreign direct investment projects to select Louisiana (see Daily GPI, Oct. 31, 2012).

One of the natural gas pipelines in the area that could fuel the proposed plant is Columbia Gulf Onshore. Forward prices into Columbia Gulf Onshore are currently trading at $4.49/MMBtu for the rest of 2014, according to NGI‘s Forward Look. Prices drop to $4.22 and $4.15/MMBtu for all of 2015 and 2016, but then rise to $4.30, $4.47, and $4.65 for the years 2017-2019. Out to 2019, the forward curve for Columbia Gulf Onshore reflects a negative basis to the hub of 6.3 cents on average. NGI’s Forward Look service is launching in June. To be added to the current beta trial, email info@naturalgasintel.com.

“AM Agrigen’s commitment to our state demonstrates the strategic value of Louisiana’s world-scale industrial infrastructure and our emergence as one of the very best business climates in the U.S.,” said Jindal. “From Sasol in Southwest Louisiana to Benteler Steel/Tube in Northwest Louisiana and Dyno Nobel in Southeast Louisiana, global investors are infusing tremendous amounts of capital into our state’s manufacturing sector because of Louisiana’s welcoming business environment and strong workforce.”

Last August, Incitec Pivot Ltd. and Cornerstone Chemical broke ground on a $1.03 billion project that combines construction of Dyno Nobel’s $850 million ammonia plant with Cornerstone’s $175 million investment in upgrades and expansion at its Fortier Manufacturing Complex. Incitec Pivot, based in Australia, is the parent of Dyno Nobel, which is building a plant with an annual ammonia capacity of 800,000 metric tons at the Fortier Manufacturing Complex on the west bank of the Mississippi River in Jefferson Parish.

AM Agrigen and the state had been in talks since fall 2012. Louisiana offered the company a performance-based $5.6 million grant to offset infrastructure costs of the project. Workforce development assistance would be provided by the Louisiana Economic Development. The company also is expected to use the state’s Quality Jobs and Industrial Tax Exemption programs. The company has secured options to purchase 650 acres near Killona, LA, and initiated the process of filing for environmental permits.