April natural gas futures posted a new low for the day Thursday morning after the Energy Information Administration (EIA) reported an unprecedented February storage build, which was greater than the small withdrawal that most in the market were expecting. 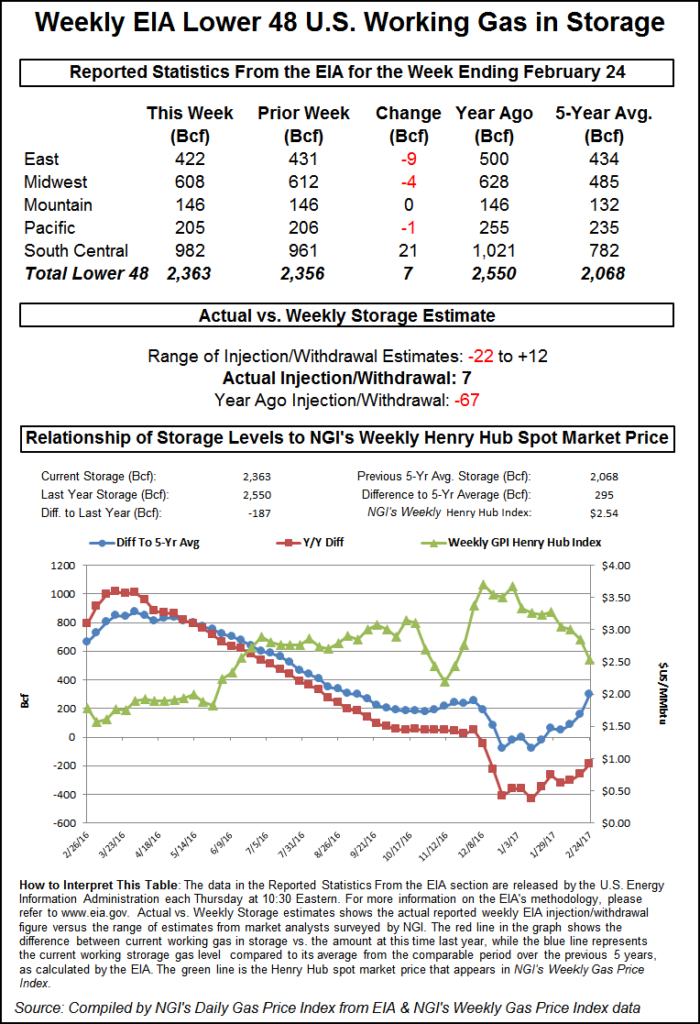