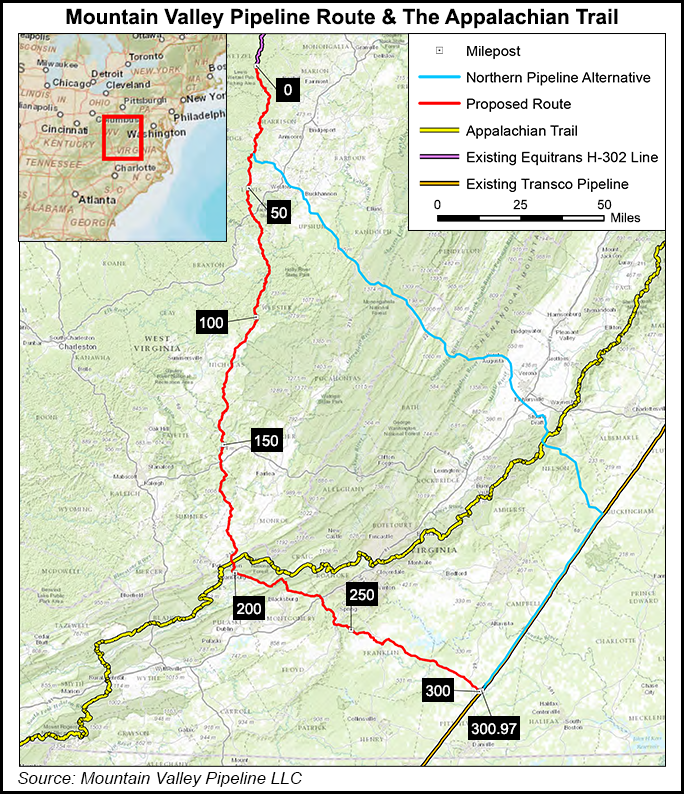 In petitions filed Monday with the U.S. Court of Appeals for the Fourth Circuit, a coalition of plaintiffs including the Sierra Club has asked the court to put a hold on MVP’s Nationwide Permit 12 (NWP 12) approvals, issued by the Huntington, WV, and Norfolk, VA, districts of the U.S. Army Corps of Engineers.

The groups have asked the Fourth Circuit to issue a stay while the court reviews the approvals, arguing that the Army Corps has failed to meet standards laid out in the federal Endangered Species Act and that the NWP 12 issued by the Huntington District “relies on unlawful modifications.”

The groups claimed that “MVP’s haste” to restore its federal permits and complete construction on the project “necessitates this stay motion.”

The NWP 12 approvals are among a number of federal permits that have come under scrutiny since MVP secured its FERC certificate in 2017, with opposition groups scoring key legal victories that have stalled construction progress on the pipeline.

After securing a number of updated and reissued permits in recent weeks, including a new Endangered Species Act review conducted by the U.S. Fish and Wildlife Service, MVP has been seeking the Federal Energy Regulatory Commission’s blessing to resume construction activities. The operator has pointed to adverse impacts on landowners and the environment from temporary stabilization on unfinished stretches of the pipeline, which is designed to transport Marcellus and Utica shale gas from West Virginia to an interconnect with the Transcontinental Gas Pipe Line in Virginia.

MVP has sought to further bolster its case to resume construction by pointing to a draft supplemental environmental impact statement the U.S. Forest Service recently completed for the project. MVP has also received a right-of-way permit from the National Park Service to cross the Blue Ridge Parkway, the operator said in a FERC filing late last week.

However, “delays to some of these permits will be consequential, especially the NWP 12 permits,” Breshears said. “Despite their issuance and MVP’s renewed request to construct, these permits aren’t a foregone conclusion” amid the renewed legal opposition.