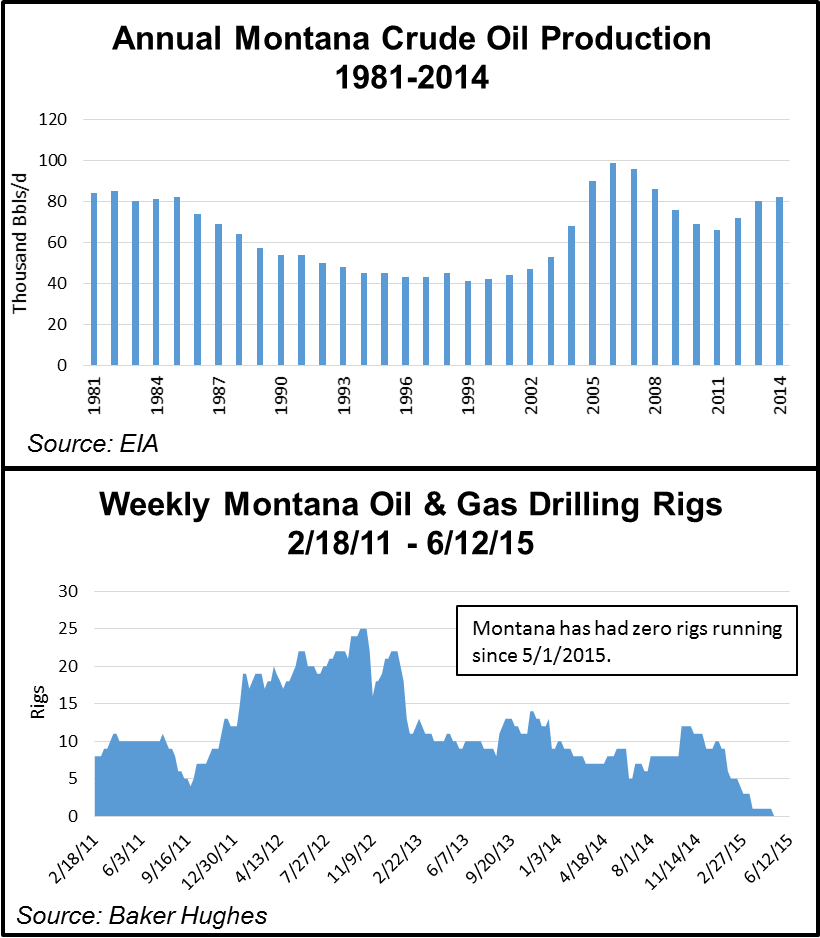 The Board of Oil and Gas Conservation (BOGC) held a public comment period in Billings, MT, Wednesday on a proposal initiated by the Northern Plains Resource Council (NPRC) to weigh the merits of setbacks.

Jessica Sena, who represented the Montana Petroleum Association (MPA) at the public comment session, said the seven-member state board “is a long way away” from adopting anything. BOGC agreed to take up the issue again in August, when the board could decide if it wants to initiate a proceeding looking at setbacks, Sena told NGI’s Shale Daily.

NPRC lost a previous attempt to have the Montana state legislature mandate setbacks through legislation when lawmakers voted down SB 177. The environmental group has now zeroed in on the regulators, seeking action from BOGC.

“They were unsuccessful during the legislative session, so they are now trying to convince the board this needs to be done,” said Sena. During the two-hour comment period, six people — including Sena — spoke against the rules, six spoke for them, and two were in a neutral, fact-gathering mode, Sena said. “It was a pretty balanced meeting.”

Operators testified that setbacks would have a chilling effect on drilling, which prior to the global oil price decline was experiencing increased E&P activity in the state’s far eastern section. Nevertheless, there are no rigs operating in the state. There were 25 in operation in October 2012, according to Baker Hughes data.

In its legislative push, NRPC sought a 1,000-foot setback requirement, but there was disagreement on whether that should be measured from the wellhead to the nearest property line or the nearest dwelling on that property. “The way it was defined in the bill, it would have included the entirety of a property,” Sena said.

Separately, Sena said the proposal before the board is for a quarter-mile (1,320-foot) setback from the wellhead to dwellings or surface water. “I believe a quarter-mile would be one of the most substantial setbacks anywhere,” she said.

MPA would prefer a negotiated agreement on the setback issue, Sena said.