Participants in Mexico’s natural gas and energy markets expressed their optimism for the future in the days following the midterm elections last Sunday (June 6). 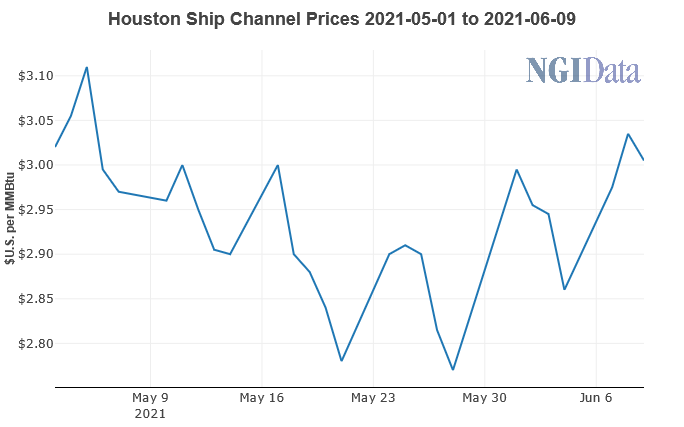 “The Mexican Congress now has a more balanced representation, which is an excellent opportunity for negotiation and to have a moderated agenda,” Mexico City energy consultant Casiopea Ramírez Melgar told NGI’s Mexico GPI. “This scenario may provide a more optimistic panorama, especially in terms of avoiding a constitutional change.”

Mexico’s ruling Morena party and its allies lost their supermajority in the lower congressional house in the elections, placing a check of sorts on President Andrés Manuel López Obrador’s nationalist energy agenda. It all but ensures he would not have the support to upend the energy reform of 2013-14.

As a sign of the natural gas market pushing ahead with some of the changes brought about by that reform, this week Mexican pipeline operator Cenagas launched its Consulta Pública to gauge natural gas demand in the country.

“From a natural gas perspective, the worst is behind us,” Gadex energy consultant Eduardo Prud’homme told NGI’s Mexico GPI. “The election is good news for the market. The Cenagas consultation is a good sign too. I don’t expect too many changes and now see some stability.”

Meanwhile, forecasts for gas prices continue to rise as the global economy recovers from the pandemic and demand picks up.

This week, the World Bank also projected a global economic recovery from the pandemic of 5.6% for 2021, the strongest post-recession pace in 80 years. Mexico’s Central Bank sees gross domestic product expanding by 6% this year after an 8.5% contraction last year.

NatGasHub.com CEO Jay Bhatty said at the LDC Gas Forums Southeast conference on Tuesday that cash markets are likely to prove strong over the course of the summer in Texas and California, two key sources of natural gas supply and pricing for Mexico. Liquefied natural gas (LNG) demand and heat should support Texas prices, while drought and lower hydro generation would require utilities in California to buy more natural gas to avoid blackouts.

Meanwhile, Mexican imports of U.S. gas are strong and are set to grow through the next few months. So far in June, piped gas imports from the United States are averaging 6.45 Bcf/d, according to NGI calculations.

Wood Mackenzie’s current summer forecast sets U.S. imports at an average of 6.8 Bcf/d, “probably reaching their peak in August at a monthly average of over 7 Bcf/d,” said analyst Ricardo Falcon. “Most of the upside potential in border flows rests with the power sector, where seasonal cooling loads will likely continue to push up gas burns.”

After two weeks of below-average line pack, Mexico’s Sistrangas returned this week to healthy flow levels. The five-day line pack average was 6.928 Bcf/d on Wednesday. An optimal line pack of 6.86-7.29 Bcf/d is needed to guarantee sufficient pressure in the system.

Mexico gas production fed into the Sistrangas rose week/week to 1.321 Bcf on Wednesday from 1.221 Bcf. The processing centers at Nuevo Pemex (359 MMcf), Burgos (284 MMcf) and Cactus (367 MMcf) in the southeastern part of Mexico were the leading injection points and all saw week/week improvements.

In maintenance news, the Chinameca to Los Choapas section of the Cactus-San Fernando pipeline is scheduled to undergo daily 12-hour maintenance on Saturday, Monday and Wednesday (June 12, 14 and 16).

Natural gas prices continue to strengthen as summer heats up.

One major natural gas buyer in Mexico City told NGI’s Mexico GPI that his analysis suggested that 80% of gas transactions involving imported U.S. supply were priced off the Houston Ship Channel, plus transport and fees.

On the Yucatán Peninsula, the cash price at Mérida closed at $4.580 on Thursday, up 8.6 cents.

On Thursday, the EIA reported a 98 Bcf injection into U.S. gas inventories for the week ending June 4, falling within a fairly tight range of expectations.

The South Central build of 24 Bcf included a 22 Bcf injection into non-salt facilities and an increase of 2 Bcf into salts. This is the region most relevant to Mexico, which has no underground gas storage facilities. In the Consulta Pública announced this week, Cenagas said developing domestic storage was high on its priority list.