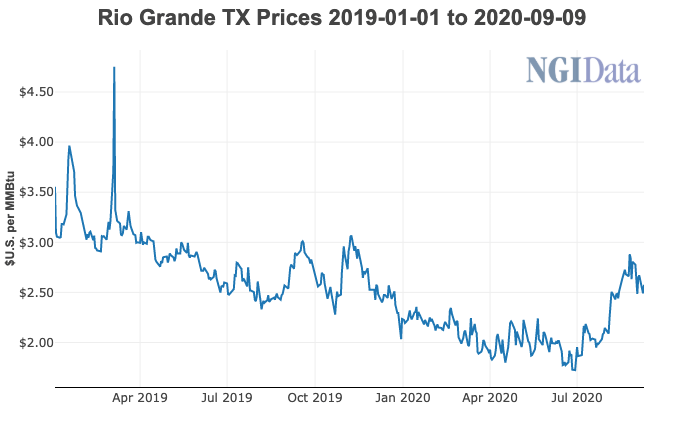 “So the reliability of the electricity sector, which is the most important energy sector, really depends on natural gas,” he said.

Although Mexico’s natural gas pipeline grid has expanded substantially since 2008, some areas such as Baja California Sur state still lack access to the molecule.

Other states, such as Campeche, have the infrastructure to receive gas but face a scarcity of supply due to declining production by state oil company Petróleos Mexicanos (Pemex), Salazar said, meaning Mexico has increasingly had to rely on gas imports from the United States.

Much of the production that remains is consumed by Pemex itself, leaving an increasingly scarce amount to be injected into the Sistrangas national pipeline grid, said Salazar, who also is a former chairman of Mexico’s Comisión Reguladora de Energía (CRE).

Injections of dry gas into the Sistrangas from Pemex processing centers in southeastern Mexico have plunged from above 1.8 Bcf/d in 2015 to below 1 Bcf/d currently, according to data from energy ministry Sener.

Among the first natural gas pipelines developed by the private sector after Mexico liberalized parts of the energy industry in the 1990s was the 250 MMcf/d Mayakan pipeline.

Developed by the company now known as Engie SA, Mayakan was meant to supply natural gas produced by Pemex to independent power producers (IPPs) on the Yucatán Peninsula. However, the pipeline is only flowing at a fraction of its capacity due to lack of supply, Salazar said.

The reconfiguration of the Cempoala compressor station and the completion of the Cuxtal I pipeline interconnection, both of which are nearly complete, will allow for increased flows from the Sistrangas to Mayakan.

“We really need the market to work,” he said, citing the success of Cenagas’ inaugural open season that was launched in 2016.

“We have a market that has revealed its preferences,” Salazar said. “It’s willing to pay for capacity. It has revealed how much it’s valuing gas, and that is very important to solve the problem.”

He said that there has been excess available capacity on the Ramones pipeline system since the Sur de Texas-Tuxpan marine pipeline entered service last year, “but that is not being used because CFE has not released that capacity.”

Barrios said the company realized several years ago it could not rely solely on state-sponsored infrastructure to meet its gas supply needs.

Grupo Mexico “owns its own pipeline and we import natural gas directly from the Permian Basin, so as a consumer that’s really good news because we have access to the most competitive molecule in the market,” Barrios said.

The company also owns and operates a 500 MW combined-cycle natural gas plant to power its operations in Sonora state, with excess electricity sold to the market.

With regard to natural gas supply, he said, “we understand it’s really challenging for the rest of the companies…and we have heard that they are also struggling to guarantee the supply of natural gas.”

He continued, “But one of the things that at least gives us a little hope is that we have heard that Cenagas is already considering working with” the private sector to address the problem.

The project will allow the firm to access natural gas for its operations in Michoacán, and will increase transport capacity on the Sistrangas.

Barrios also highlighted a memorandum of understanding (MOU) Signed by Cenagas, IEnova and Enbridge Inc. to develop the Las Adelitas expansion project, which involves making 530,000 Dth/d of firm capacity available between the Agua Dulce hub in South Texas and the El Caracol hub in northern Mexico.

The project is slated to enter service in the first half of 2024, according to Cenagas.