Mexico’s energy sector has faced a difficult past three years which have seriously dented investor appetite, but the country still offers opportunities and the future could be bright, industry insiders said Tuesday at the Mexico Gas Summit hosted by Industry Exchange LLC in San Antonio, TX. 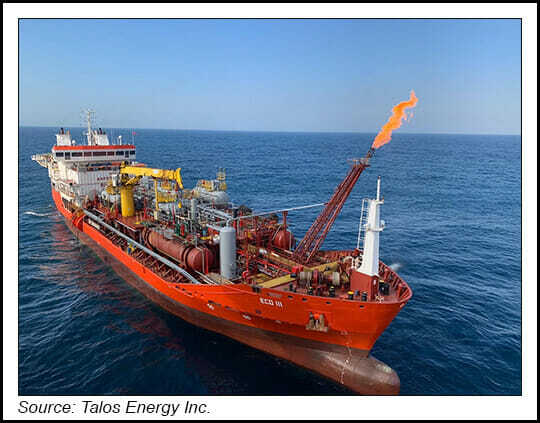 The Woodrow Wilson International Center’s Duncan Wood said that “Mexico’s energy wealth is largely still stuck in the ground” but “Mexico is not entirely closed for business. The energy sector still offers extraordinary opportunities. Different actors are finding different opportunities in that space.”

Although Mexican President Andrés Manuel López Obrador has cancelled new oil and natural gas bid rounds and slashed the budgets of regulators, “we’ve also seen no constitutional reforms,” and “this was one of his main goals.”

The services sector “continues to do good business and the private sector continues to make discoveries,” Wood said.

He also highlighted the fact that the courts in the country have been active in upholding the legislation passed during the previous administration that opened up the energy sector to private sector participation.

The most high-profile legal battle in Mexico’s upstream oil and gas segment at the moment revolves around Houston-based Talos Energy Inc. and the Zama shallow water oil deposit which it shares with state oil firm Petróleos Mexicanos (Pemex). In early July, Mexico’s Energy Ministry (Sener) granted Pemex operatorship of the block despite an evaluation conducted by Netherland, Sewell & Associates Inc. in 2020 that found that most of the giant discovery was within the Talos block.

On Friday (Sept. 3), Talos issued a statement saying that the decision constitutes violations of the United-States-Mexico-Canada-Agreement, aka the USMCA. Wood said that if the case were to be resolved favorably for Talos, it might “open a floodgate” of similar cases through the mechanisms of the USMCA.

“We think there is a tremendous opportunity in Mexico,” Levy said, adding that “natural gas is the place we want to be.” He said natural gas was key to a sustainable future in Mexico and would “buy time” for the power system to prepare for renewables.

Although natural gas production remains minimal in the company’s 10 blocks, “we have a massive exploration portfolio. The subsurface opportunity is there.”

He highlighted that Mexico is the ninth largest consumer of natural gas in the world, despite the fact that the south of the country remains essentially cut off from most gas infrastructure. He said the time was now for Mexico to develop its domestic supplies of natural gas, especially given the vulnerability that was exposed during the Texas freeze in February.

“In February, 40 million Mexicans lost power in their homes,” he said. Relying on the United States for Mexico’s natural gas supply “is an unstable relationship.”

He said Mexico’s domestic supply is uncertain and “no one really knows how much Pemex produces and uses,” and that “there are studies that suggest that Pemex is flaring 2 Bcf/d.”

“There is no doubt that consumption is going to increase,” he said. “We get calls each week from consumers begging to buy our gas.”

Marco Cota, the CEO of Mexico City-based consultancy Talanza, said the Zama decision was “one of the most painful mistakes” of the current government.

He said the government is “running through a very costly learning curve” and expects a “reform 2.0” where “Pemex will be at the center and private investment an important part of the energy sector in the oil and gas.

“Realistically it is the only solution that makes sense for a government that lacks financial resources and with increasing pressure to find resources.”

Wood said there had been “no transformation of the energy sector” as López Obrador had promised. Referring to López Obrador’s so-called Fourth Transformation of political life in Mexico, he highlighted that instead what was occurring included declining production, rising debts at the state companies, and a distancing from climate objectives.

He said it was time to start looking ahead to the presidential elections in 2024 to “prepare for potential change that will come up in the future.”

All the candidates currently being shortlisted to run, even those such as Mexico City mayor Claudia Sheinbaum of the president’s Morena party, are all “much more moderate than López Obrador.” They would be “much more balanced in their approach,” he said.

“I think there is a great deal of cause to be optimistic for Mexico post-2024 when it comes to Mexico,” Wood said.