The energy law proposal “opens a delicate door because, in the future, the Mexican government could face claims of direct or indirect expropriation of investments, which could mean the state has to compensate for certain damages,” Valeria Vázquez, Energy and Resources Industry leader at Deloitte in Mexico and Central America, told NGI’s Mexico GPI. 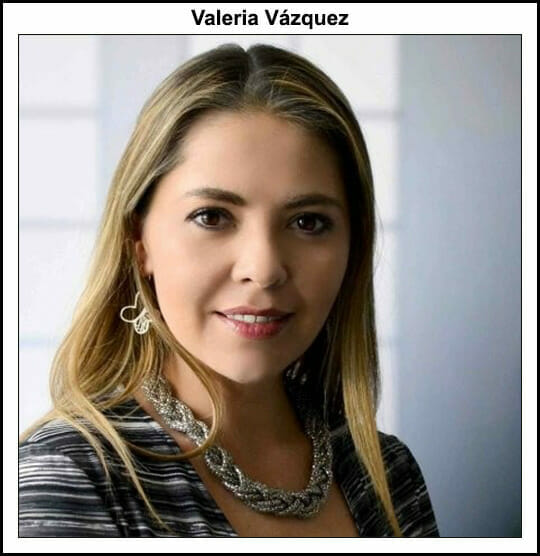 “To date, it is said that the private sector has invested at least $44 billion — a very large amount — to set up electricity generation plants in Mexico,” she added. “If we think about future legal claims that seek damages for the cancelation of contracts, they could be as much as double the amount of investment already in the industry.”

Vázquez, who has 22 years of experience in the energy sector, has been the Energy and Resources Industry leader at Deloitte since June and has been a partner at the firm, overseeing oil and gas legal services, since 2016.

Previously, Vázquez worked at Petróleos Mexicanos (Pemex) from 2006-2016. She holds a master’s degree in government and public administration from the Universidad Complutense de Madrid and a bachelor’s degree in law from the Escuela Libre de Derecho in Mexico City.

NGI: The big topic of conversation in the industry is obviously the electricity reform presented by President Andrés Manuel López Obrador. What do you think of the proposal?

Vázquez: From our point of view, the initiative can’t just be called an “electricity” reform because it also impacts industries across the country. It obviously impacts the energy industry in its entirety, as well as the hydrocarbons industry, which hasn’t been discussed as much publicly. So, for that reason, in our reports at Deloitte, we have referred to it as the Energy Reform initiative. What the initiative sets out to do is structurally change the model that currently governs the energy industry, which was created in 2013.

First off, this initiative impacts all of the energy industry because it intends to get rid of the independent regulatory bodies, which would be an institutional change within the current energy model. The energy reform of 2013 — which is a law that currently sets the structure of the industry and is included within the constitution — made the Energy Ministry (Sener) the entity that sets the policies, strategies and plans. After Sener, it was regulatory bodies that established the rules of the game, as well as monitored the participants and players in the sector. The new reform proposal attempts to eliminate the Comisión Reguladora de Energía (CRE) and the Comisión Nacional de Hidrocarburos (CNH). This is something that hasn’t been discussed enough and could have a significant impact on the industry if they are eliminated.

NGI: What sort of impact would it have on the industry if the regulatory entities disappeared?

Vázquez: The CNH administers the existing oil development contracts, of which there are 111 currently. The CRE, beyond just regulating the electricity market, also regulates gasoline, natural gas, liquefied petroleum gas and oil-based products. Currently, there is no clarity about what will be the new rules of the game and who will oversee and enforce them. If it’s going to be Sener, we’re going to again see a fusion with the government. They will establish the policies and plans, and the technical regulatory body will be incorporated as part of Sener.

NGI: What are your thoughts on the efforts of this proposal to reform the entire electricity model?

In our current constitutional framework, private participation is allowed in the first and last links of the electricity chain. This means that, in electricity generation, private participation is allowed and the CFE is also allowed to generate power and compete. The next links — transmission and distribution — are reserved, and have always been reserved, for the state. And finally, the sale and commercialization of electricity is currently open to the market and competition, which the new initiative attempts to reverse to return control to the Comisión Federal de Electricidad (CFE).

We believe that these new rules also impact the legal framework and certainty in the market that electricity generators currently have because the initiative mentions that the contracts and permits that were awarded under the current system will be canceled and suspended. It mentions that some of the contracts are illegal, but it does not say which ones are illegal, and also says some were awarded outside of the rules of law.

The truth is that our current set of rules wasn’t born with the 2013 energy reform but has been in place since 1992, when private companies were first allowed to generate their own electricity for their own use as well as cogeneration of electricity and independent producers. These existing contracts were migrated into the 2013 reform as a type of legacy contract. These contracts would be affected should the proposal be approved.

So, one point that we consider delicate in the reform initiative is that it would affect rights, permits and contracts which are active and were awarded under the current legal framework. This could be considered legally retroactive and damaging to third parties, which is obviously worrisome, because from a legal point of view, no law should be applied in a retroactive fashion against, or that is damaging to, a third party. This opens a delicate door because, in the future, the Mexican government could face claims of direct or indirect expropriation of investments, which could mean the state has to compensate for certain damages.

To date, it is said that the private sector has invested at least $44 billion — a very large amount — to set up electricity generation plants in Mexico. The large majority of those are renewable and clean energy plants. If we think about future legal claims that seek damages for the cancelation of contracts, they could be as much as double the amount of investment already in the industry. And if we think about damages in other forms, for example, such as environmental impact, or the right to open competition, the compensation for damages at an international level could far exceed the investments made.

NGI: The proposal seeks for CFE to generate 54% of the nation’s electricity. What do you think of this figure, which has generated some confusion in the industry?

Vázquez: The CFE aims for absolute control of the electricity sector and, according to the proposal, would be obligated to generate at least 54% of the electricity while 46% would remain in the hands of the private players. The 54% is an amount that has no technical foundation, at least not one that appears in the initiative. Where did the 54% come from? We don’t know.

Currently, the CFE generates 38% of the country’s electricity. In the Prodesen power sector development plan, there are some plans outlined, including one to boost hydroelectric generation, which is concerning given the use of a natural resource, water, which is scarce in Mexico. But what is really concerning is that in the CFE business plan or in Prodesen, there isn’t clarity over whether or not there will be generation plants for renewable energy. There isn’t a concrete commitment from the CFE to set up wind plants, solar plants or any other generation source considered renewable.

In its current state, the reform isn’t very clear, it’s a bit obscure and gray. We don’t know how the CFE is going to get to that 54% figure, and we also don’t know how the private companies will only generate 46% of the national grid. If the CFE buys that amount of electricity from private producers, we don’t yet have the rules for pricing or the rates that will be applied to those purchases. The CFE would set their own rules, terms and conditions to buy electricity exactly as they want. And it will be done with no transparency, because there won’t be an obligation to be transparent, and that should be concerning to all Mexican people.

NGI: It’s been interesting that the word “expropriation” hasn’t been used much in reference to this initiative, even though the text of the proposal indicates an effort by the state to assume total control in the industry. Could this initiative be considered an effort to expropriate?

Vázquez: There are various legal terms that are similar though have differences. What we are seeing is a nationalization of electricity, which means returning it to state control. An expropriation refers to an asset that is taken from you by the state, but that you are compensated for fairly and that follows a legal procedure that is overseen by the national Expropriation Law and in accordance with free trade agreements such as the United States-Mexico-Canada-Agreement, or USMCA.

However, there are certain instances that can be considered indirect expropriation. This applies when the state isn’t seizing an asset or property, such as a generation plant, but is diminishing the economic value of my business. The expected profits from an investment are being eliminated by state intervention. A company comes to a country with established rules, invests in a project and the following day the rules are changed. And so now my investment isn’t backed by the same framework as when I made the original decision to invest.

In the instances of indirect expropriation, international bodies are required to protect foreign investments in accordance with existing free-trade agreements. Currently, Mexico has more than 30 existing free-trade agreements. That’s where any sort of legal process following an indirect expropriation would begin and an analysis would have to be carried out to determine if the change in the rules of the game are directly or indirectly affecting investments.

NGI: Do you think the new energy reform proposal could be approved by the Mexican legislative bodies?

Vázquez: Generally speaking, the magic number for approval is 334 congressmen and women to reach the two-thirds vote required. But the two-thirds required must consider only the present members of the Congress, so any absence will impact such numbers.  As of today, the ruling party (Morena) doesn’t have a sufficient number to reach that number of votes. They’re short by around 56 or 57 congress members.

In the Senate, it’s less. They are short only 8 votes, but the opposition bloc in the senate is much more compact and unified. There is a lot of speculation currently about if a minority political party might lean one way or the other and swing the vote.

So, numerically, it’s possible. It would require an opposition political group, or some members of an opposition group, to vote against what is expected. The opposition bloc says this won’t happen, but it is likely that there will be efforts to persuade the other voters needed to approve the initiative.

As citizens, it is our responsibility to voice our opinions to our legislators. This could be as simple as finding out who they are, sending an email or a letter or a tweet to express how we feel about the energy proposal and transition. Legislators are our representatives and it’s important, as citizens, to express our perspectives about an initiative that will impact all of us. That’s really the only option we have at this point at a citizen level.