Last year proved to be a lean one for unearthing new oil and natural gas resources, although North America gained from Mexico discoveries, according to research by Rystad Energy. 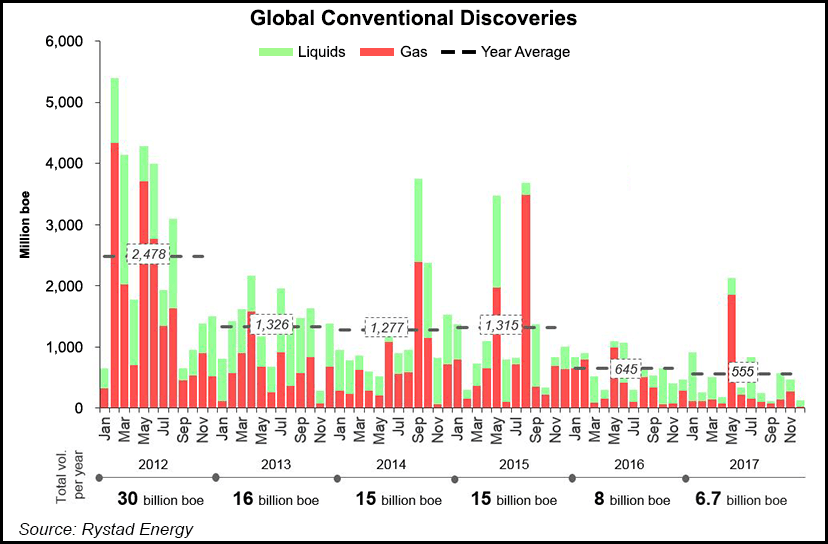 Less than 7 billion boe overall had been discovered year-to-date as of mid-December, the research firm said.

“We haven’t seen anything like this since the 1940s,” said senior analyst Sonia MladÃ¡ Passos. “The discovered volumes averaged at 550 million boe/month. The most worrisome is the fact that the reserve replacement ratio in the current year reached only 11% for oil and gas combined, compared to over 50% in 2012.”

Reserve replacement ratios measure the amount of discovered resources during a year relative to the amount of hydrocarbons produced in the same year. The ratios disregard the production start-up dates for the discoveries.

According to Rystad’s analysis, 2006 was the last year when the reserve replacement ratio reached 100%, but that came mostly from the discovery of the giant onshore natural gas field Galkynysh in Turkmenistan.

The total volume of discovered resources decreased last year, but so did the amount of resources per discovered field, Rystad found.

“Low resources per discovered field can influence its commerciality,” Passos said. “Under our current base case price scenario, we estimate that over 1 billion boe discovered during 2017 might never be developed.”

In terms of discovered volumes in 2017, the top three countries were Senegal, Mexico and Guyana.

In Senegal, Kosmos Energy announced the discovery of the Yakaar gas field. Coupled with the 2016 discovery of Teranga, this could represent a large liquefied natural gas export development in the future.

For Mexico, 2017 also was a promising year as more independent prospectors eyed field development under the country’s energy reform.

The Zama and Ixachi discoveries, together with some other smaller finds, added around 1 billion boe of recoverable resources for Mexico, according to Rystad.

“Zama was of particular importance for Mexico,” researchers said. “It was the first discovery in the country by a private company —Talos Energy LLC — in the past 80 years.” Talos was formed in 2012 by Apollo Global Management and Riverstone Holdings LLC.

Meanwhile, ExxonMobil Corp. struck another milestone in Guyana with the addition of about 1 billion boe of recoverable resources through its large discoveries last year in Payara, Turbot and Snoek.

“While there have been some notable successes this year, we have to face the fact that the low discovered volumes on global level represent a serious threat to the supply levels some 10 years down the road,” said Passos.

“Global exploration expenditures have decreased year/year for three consecutive years now, falling by over 60% from 2014 to 2017. We need to see a turnaround in this trend if a significant supply deficit is to be avoided in the future.”

Rystad, which issued its research before year’s end, did not expect the final discovered resources tally to be significantly impacted from the results of exploration wells now being drilled.

“The figure will be definite after the release of 2017 annual reports,” Rystad noted. “From our experience, some operators only disclose the information about their discoveries in the annual reports. However, this is unlikely to have a notable effect on the final figure; it might increase by 10% at the most.”

For its research, Rystad applied a risking factor to the resources of discoveries that have not yet been flow-tested. For example, discoveries including the Horseshoe prospect in Alaska and Tsentralno-Olginskaya in the Laptev Sea each reportedly hold substantial resources. However, Rystad has risked the reported volumes while awaiting the flow test results. 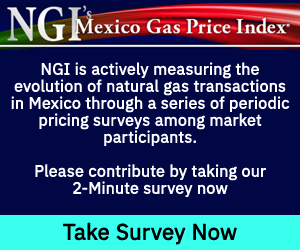