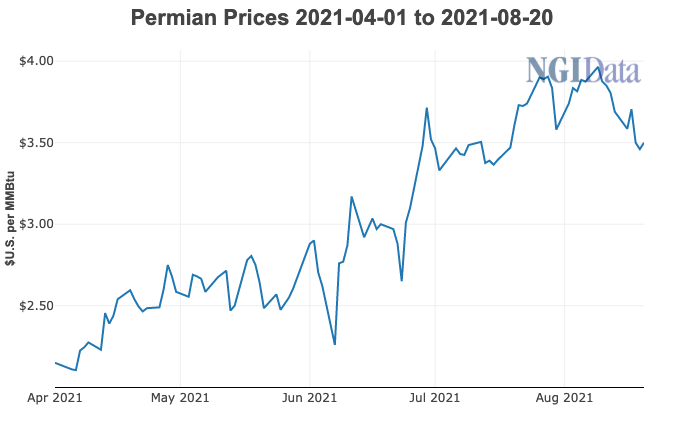 The 13 new wells are part of a group dubbed the Voni wells on the western side of Matador’s Stateline asset in Eddy County, NM.

Matador plans to accelerate completion operations of the next 11 Voni wells into the fourth quarter, sooner than previous plans for 1Q2022. The faster completions will be done without increasing upstream capital expenditures.

“Accelerating these completions should allow us to make more capital-efficient use of two stimulation crews during the fall of 2021 and into early 2022, which should enable us to turn this next group of Voni wells to sales two to three months earlier in 2022 than previously anticipated, but will defer some of our expected fourth quarter 2021 production until after the first of next year,” Foran said.

The Stateline asset is on federal acreage administered by the Department of the Interior’s Bureau of Land Management (BLM) in Carlsbad, NM. Matador management has stated the firm will prioritize development of its federal acreage amid uncertainty over restrictions on permitting and lease sales by the Biden administration.

“I think we feel like things are going very well with the BLM office there in Carlsbad,” CFO David Lancaster told analysts during the quarterly earnings call in late July. He added that, “we have focused more in recent months on getting approvals of the sundries, which are sort of the amendments to the existing permits.”

The JV between Matador and Five Point Energy was created to operate and grow midstream assets in the Permian’s Delaware sub-basin.

“We…look forward to these new natural gas, oil and water volumes begin connected to San Mateo’s system,” Foran said, adding that Matador has raised its full-year midstream capital expenditure guidance by about $15 million to connect the new midstream volumes and be ready for first production from the next 11 Voni wells in early 2022.

The company is focused on adding more “non-Matador” customers to San Mateo in 2021 and beyond, Foran said. He expects the JV to continue generating free cash flow through the second half of 2021.

Capital expenditures associated with drilling, completing and equipping wells is expected to rise 22% versus 2020 to a range of $525-575 million.